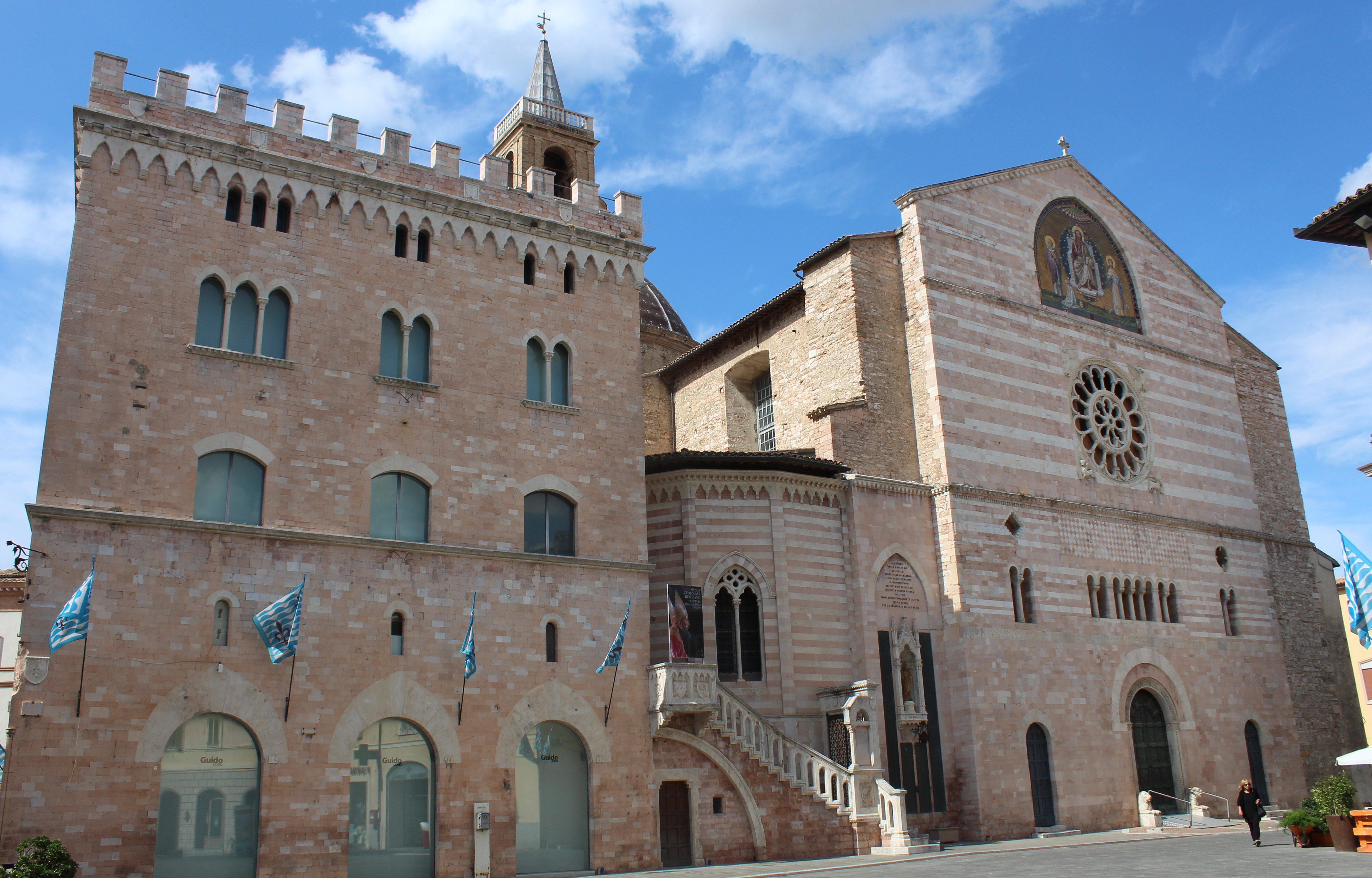 03 May Winding Down in Foligno

It’s just after 14:00 on 8 September 2017. We’ve done the distance of over 20 km for Stage 16 plus the extra bit in almost exactly six hours. Considering we’ve taken at least an hour to rest in Spello, it means we’ve covered the distance at a good pace.

Niels Reflects on the Camino Portugues

While having our drinks, Niels tells me of his experiences on the Camino from Lisbon to Santiago and the characters he met.

Conversing with the German pilgrims was interesting. They’d speak German and he’d reply in English. Yet they managed to understand each other perfectly. He recalls a professional soccer player from a top Cup winning German club. Niels once offered to carry his backpack up a hill when the footballer was too tired to do so – as he did with me on Stage 3. The German agreed whereas I refused. The German said his friends would kill themselves laughing if they knew.

He tells me of how cats would come out and follow him on the trail. Two girls who were hiking with him found this extremely fascinating.

Niels also tells me of a very interesting and stunningly beautiful girl whom he calls Queen Isabella. He found most amusing how men would absolutely grovel when they saw her. By walking with her he managed to get onto many excursions in different towns because her wish was every local man’s command.

There was also a woman who had recently gone through a divorce. She just walked with them and said very little. He was very surprised by her gratitude when he bought a round of drinks and thanked him as if he’d done her a huge favour. 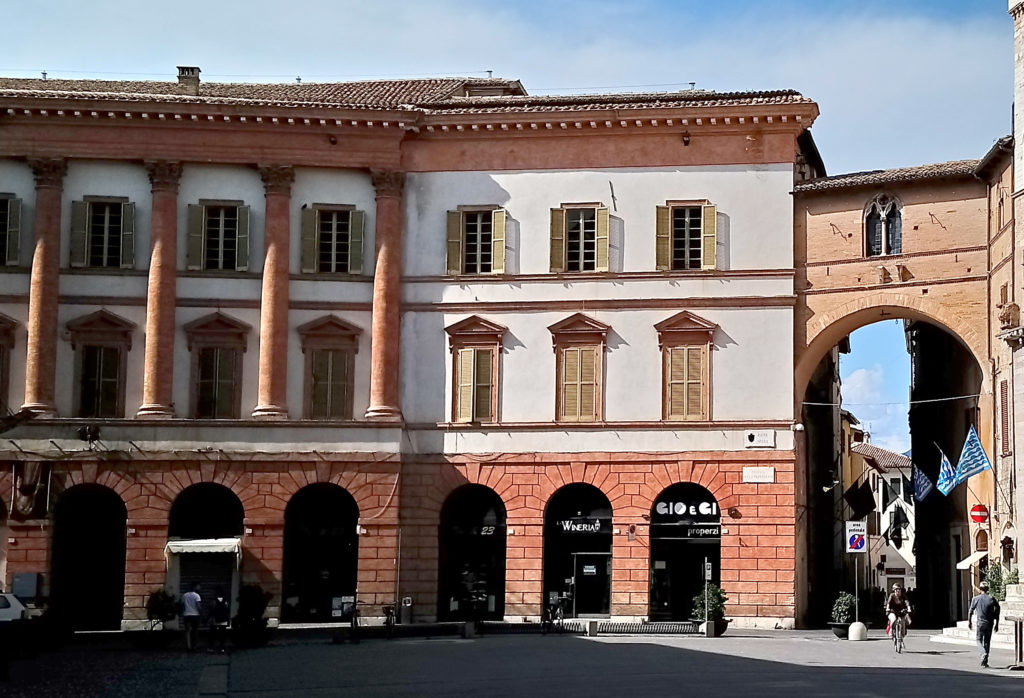 As he falls into a reflective silence I realise something important about him. He loves company as much as he loves the solitude of walking. He really enjoyed the general camaraderie amongst pilgrims. This could be the one thing he misses this time around. It could also explain his need to be so into conversations with others we meet along the way.

In this way, the Via San Francesco is very solitary in comparison to the Portuguese Camino. A quiet day on the Spanish Camino would be 30 pilgrims passing through a town. On the Way of St Francis, a busy day would be around ten Pellegrini through one town.

I ask him which of the two trails are more difficult – the Via San Francesco or the Camino Portugues? Without hesitation, he says the Way of St Francis.

We move to the Piazza Della Repubblica near our hotel. There are more flags with emblems to be seen. I find this bit of walking quite difficult. It’s as if my body has decided it’s time to rest, and this extra bit of walking is a totally unreasonable demand. We sit down and have some coffee with bread snacks on the Piazza in view of the Museo Capitolare Diocesano and Basilica Cattedrale di San Feliciano.

I love the look of Foligno. Apparently, the allies bombed the living daylights out of the city during World War II, because it was not only of great strategic importance, but also a very important industrial hub. Very few structures were left standing. Yet they’ve managed to rebuild it, maintaining the character of the old city. I absolutely love the Italians and their natural warmth.

While we’re waiting to go to our hotel, three Swiss cyclists arrive – men more or less in their late 50s or early 60s. They are going in the opposite direction to us, destination maybe Assisi or La Verna, depending on how they feel. Niels figures them for Swiss bankers.

I go walking about. It strikes me how clean these Italian towns are. I think they smoke too much, and they drop their cigarette butts everywhere. However, in Foligno, this does not seem to be the case.

At about 15:30 we check into the Hotel Italia. It’s accommodation for a family. We each have a room to ourselves. The post-hiking routine follows the same pattern as the previous stages. 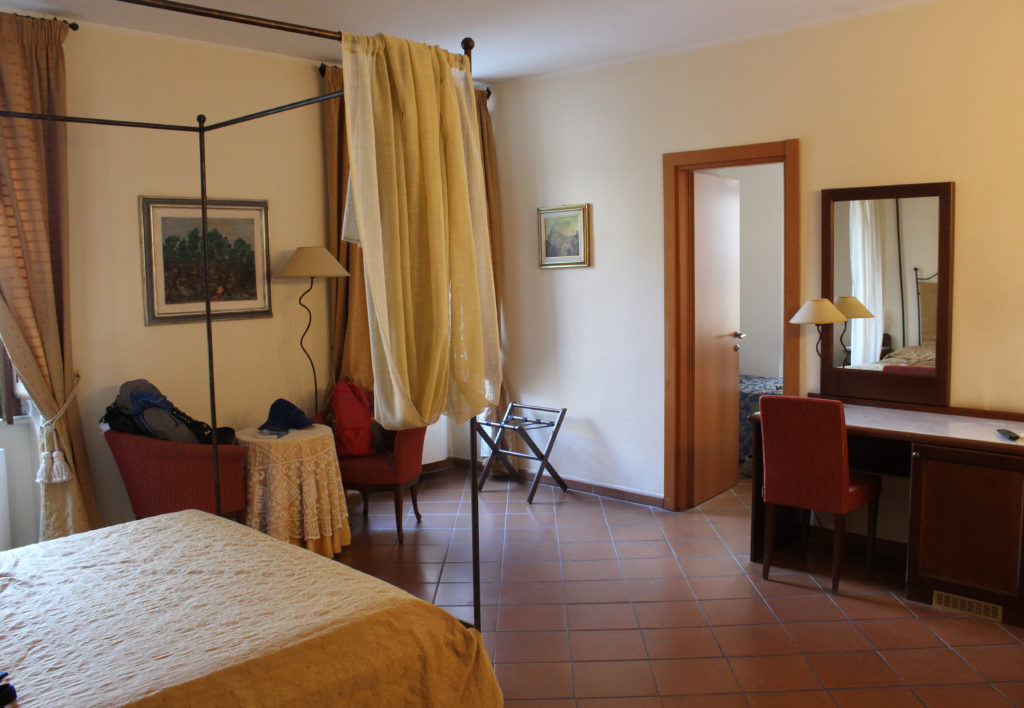 Hotel Italia. My turn to take the double bed. Niels gets the single in the smaller room. (Photo: © Henri Craemer)

Between settling into our room and supper, which we’ll have at the hotel from 19:30 onwards, we have some time to kill. We take in the sights and return to where we had coffee on the piazza for drinks. The place is getting quite crowded – only to be expected for an Italian Friday night. 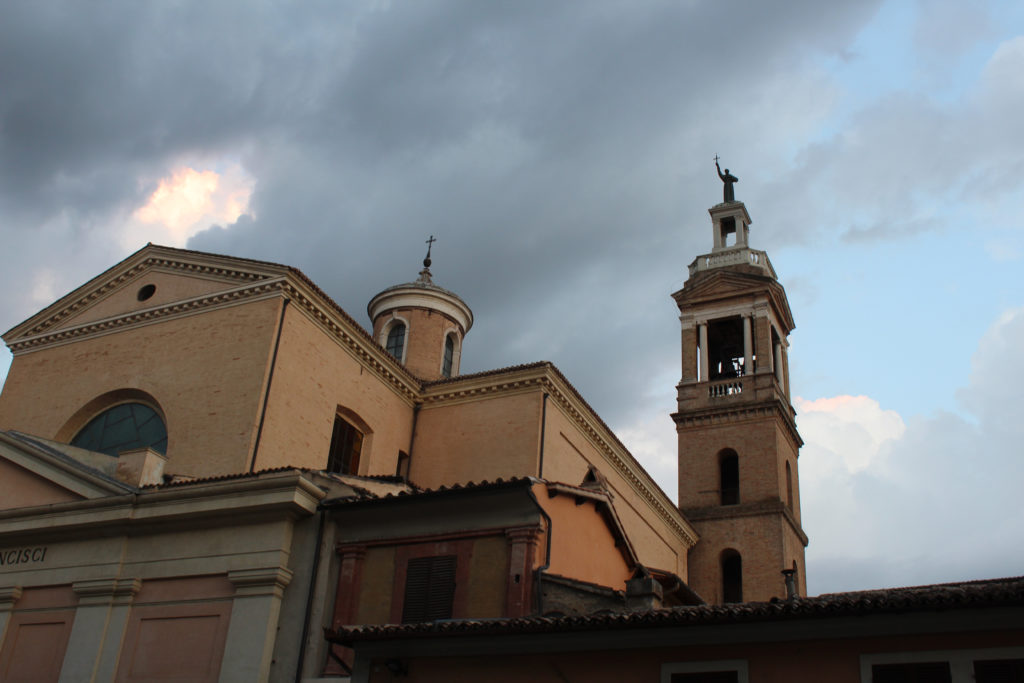 Niels asks the young man bringing our snacks and drinks why there are so many flags. He explains that each flag represents a clan of the city. There is a biannual tournament to decide which clan is the best in the contest. The contest involves horsemanship and dancing. This weekend “will be the revenge,” as he puts it, or the return match.

We go to the hotel’s restaurant. The entrance is fascinating. There is a glass covered well, apparently used to hide people during since medieval times and World War II. We have a fantastic meal – three courses including grilled trout and Italian ice cream.

The hotel may be a block away from the piazza, but it sounds as if festivities are outside our window. Just like in Badia Prataglia, after Stage 5, it’s full tilt boogie at max volume until at least 03:00. Finally, we just manage to fall, asleep only to be woken up by the street cleaning machine charges up. Eventually, we do get some sleep. We’re not too concerned about getting up too early because Stage 17 is very similar to Stage 16.