Henri Craemer | What is a Camino? Part 2: Language, Words and Psychology
The meaning of the words Camino and Cammino are briefly explored. Reference is made to English, Spanish and Italian lexicography, plus psycholinguistics and social meaning of the words. The increasing popularity of the Camino and pilgrimages and how this contributes to the change in the meaning of words are covered in short.
Camino, psychology, psycholinguistics, lexicography, language, cammino, Italian, Spanish, meaning, objective meaning, objective subjective, meaning, El Camino de Santiago Compostela, pilgrimage, pilgrim numbers, El Camino
16049
post-template-default,single,single-post,postid-16049,single-format-standard,qode-quick-links-1.0,ajax_fade,page_not_loaded,,qode-theme-ver-11.0,qode-theme-bridge,wpb-js-composer js-comp-ver-5.1,vc_responsive 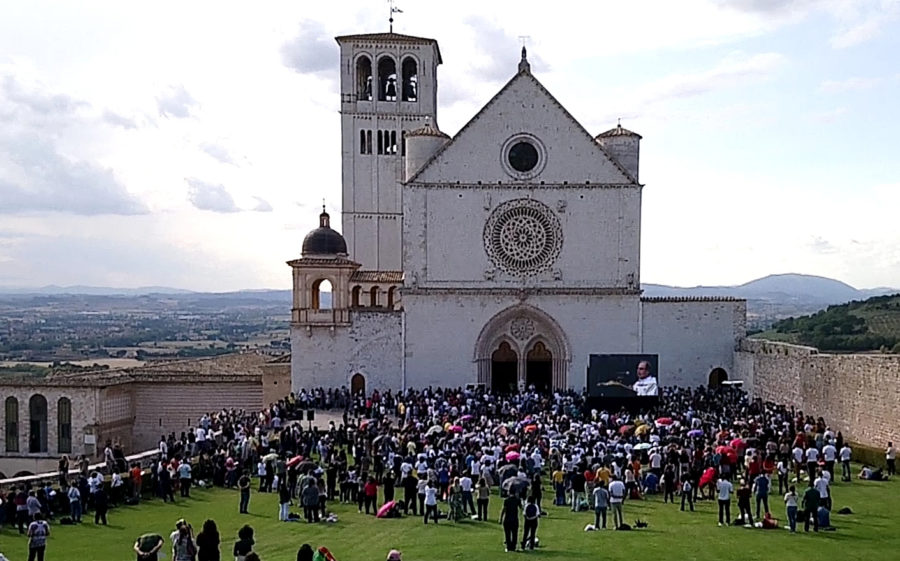 25 Feb What is a Camino? Part 2: Language, Words and Psychology

In trying to answer the question, “What is a Camino?” Part 1 of my search started from a historical and geographical point of view. It then occurred to me that I’ve overlooked the most obvious difference: that of spelling and language.

One area of particular interest to me is the psychology of language and the role of psycholinguistics in communication. Very early in my studies, I learnt that words cannot simply be interpreted objectively. Every word has an associated subjective meaning that determines how people react to a piece of written or spoken text.

The words Cammino and Camino are found in Italian and Spanish respectively. So, what do the words mean in these languages?

Cammino, spelt with a double m: It literally means I walk (verb). However, when referred to as il cammino (noun), it assumes a broader meaning:

When the Italians found out we were pellegrini (pilgrims) we were often wished buon cammino (or camminata – plural) – have a good walk.

Camino, spelt with a single m is a Spanish word, also with more than one translation: 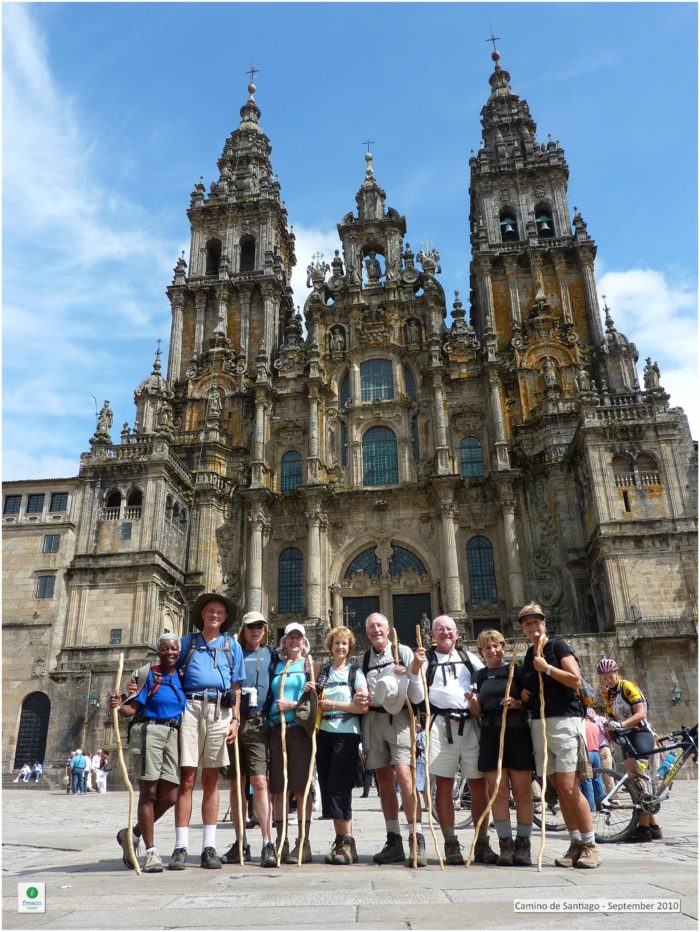 Psycholinguistics, and the Evolution of Meaning

Words have both objective and subjective meanings. The lexicography of words refers to what they denote – their denotative or explicit meaning. From the dictionary entries for the words “cammino” and “camino”, one can see there is no explicit reference to any form of pilgrimage.

Through a variety of neuropsychological processes and social conditioning, words assume a far broader meaning than what can be denoted in a dictionary. Add to this the fact that words also gain emotional meaning through one’s own personal history, use, and experience. All these processes contribute to the connotative or tacitly implied meaning of words. That is why there is a world of subjective meaning when you talk about “The Camino.”

Through these processes the words which are initially not quite so closely related, become synonymous. The path, the road and the way become a journey to penance and redemption. In this way, camino (as per dictionary) becomes The Camino, implying a pilgrimage.

One is not talking about a process over a few years. In the case of the Camino, it covers the human experience of more than a millennium. 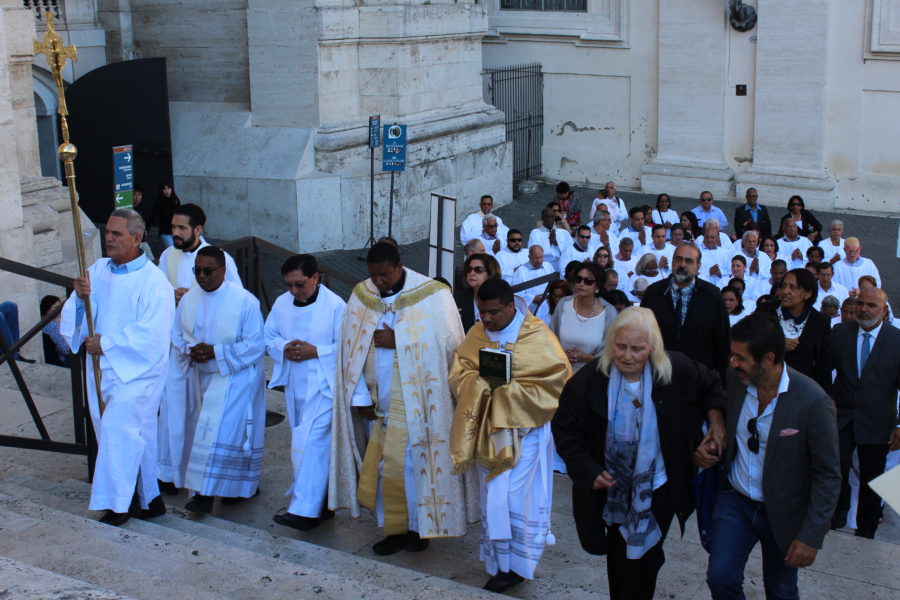 The Popularity of Pilgrimage Destinations

Of all the Christian pilgrimage destinations Santiago de Compostela is one of the most popular. In 2017 it is estimated that a record of 2.6 million travellers visited Santiago de Compostela. However, the Confraternity of Saint James notes that pilgrim numbers have escalated from 2,491 in 1986 to 301,036 in 2017, which one can assume to be a more accurate reflection.

More than 3.2 million people visited the Vatican in 2015. This estimate by the National Catholic Reporter is taken from attendance at papal events, liturgies or prayer services. Thus, many of them could be assumed to be pilgrims.

Camino as a Living Universal Concept

The numbers above are composed of many people from many different nationalities and cultures. That means that the concept of a Camino becomes more generalised. It achieves meaning beyond the strict dictionary definition or perceived cultural attribution of speakers of the language from which the word originated. People also start applying the concept to other pilgrimages such as The Ways of St Francis and the Tankwa Camino in South Africa. It remains debatable whether this can be done, or that it simply adds to the confusion.

The truth is that any spoken language is a living entity. The meanings of words change. Words acquire new meanings due to usage (even in some cases through an inaccurate application) as well as geographical spread. Camino, Cammino or not, there is no exception to this rule.

The term is one that has a huge emotional connotation, especially for those who have done a Camino or pilgrimage. In this regard, I am no different. One thing is clear: as a term, the word “Camino” has acquired a far more universal meaning than simply referring to one specific route with a certain point of departure and destination. 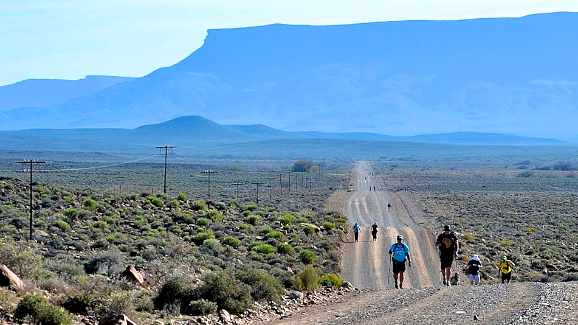 Part of the road on the Tankwa Camino in in the Karoo, South Africa. It’s a 10 day hike through a vary desolate part of the country.
Source: https://www.nightjartravel.com/sites/default/files/2015-1/Tankwa%201.jpg