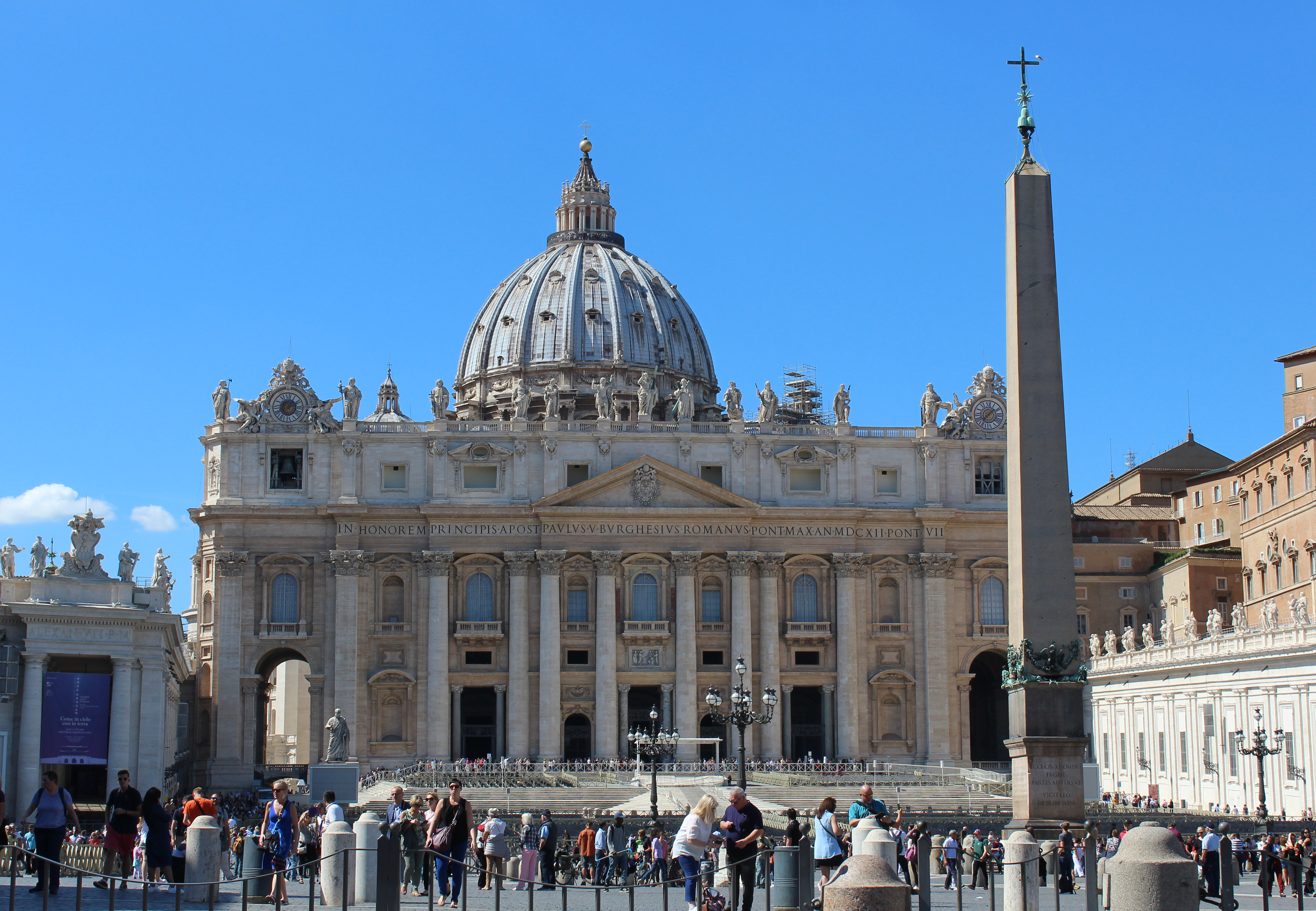 It was early in 2017 when I first contemplated walking the Way of St Francis from Florence to Rome. This was on invitation of Niels Troost, a friend since school days. I never considered the difference between the words Camino and Cammino”. I was already aware of the Spanish Camino that started somewhere in France and ended in Santiago, also referred to as The Way of St James. I was simply going to do an Italian Cammino based on the life of St Francis of Assisi. That meant walking from Florence to the Vatican via Assisi.

I set up the St Francis Quest Facebook page, and before even setting foot in Italy, someone wrapped me over the knuckles for using the term, “Camino”, in the context of walking The Way of St Francis, and not doing the pilgrimage that ends in Santiago.

So, I asked myself, “What is the Camino?” I decided to look at the obvious differences first: that of geography and history.

El Camino de Santiago is the network of trails that run over the Pyrenees from France into Spain, making up the Route of St. James (St Iago in Spanish). These Camino trails converge at the cathedral of Santiago de Compostela, built over the tomb of St James, the brother of Jesus. When people talk about the Camino, this is the one they refer to most often.

In 815 AD, a Spanish hermit named Pelayo had a vision in which he saw a bright light shining over a spot in a forest. Upon investigation a Roman-era tomb containing the remains of St. James was found. As a pilgrimage, it received great impetus from Pope Callixtus II in the 1155 AD. He was responsible for the Codex Calixtinus. Vol. V of the Codex covers advice to pilgrims. Special reference is made to the pilgrimage to Santiago de Compostela. 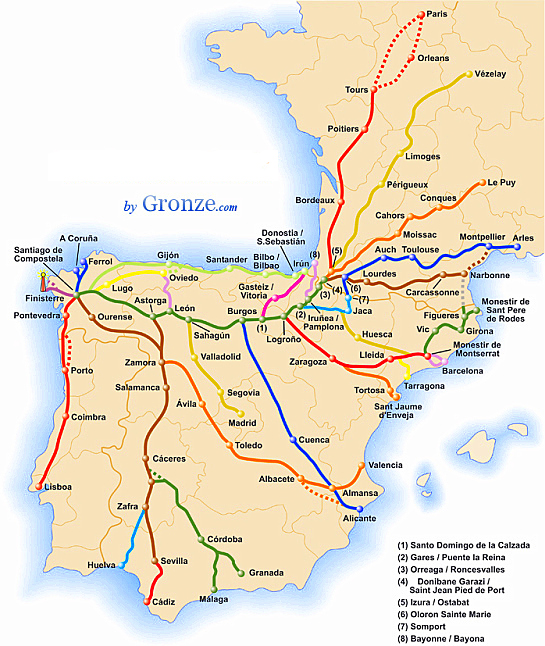 The many ways of walking the Camino de Santiago Source: https://www.pilgrimagetraveler.com/way-of-st-james.html

The Portuguese Way or Camino Portugués is another alternative route. Like the one previously mentioned, it ends in Santiago de Compostela. This route runs through the western side of Portugal, with two alternative starting points: Lisbon or Porto.

One of the most noted historical events related to the Portuguese Way is the pilgrimage of Queen Elizabeth of Portugal (1271 – 1336). She decided to make at least one pilgrimage to Santiago de Compostela. After the death of her husband, Denis of Portugal, she completed the pilgrimage in 1325 AD.

This is one of the first Christian pilgrimages noted. Willibald, bishop of Eichstätt in Bavaria, author of Itinerarium Sancti Willibaldi (AD 725), recorded it as the “Via Francigena-Francisca”. He referred also to it as the “Lombard Way”, or the Iter Francorum (the “Frankish Route”).

References to it as the Via Francigena exists in a parchment (AD 876) in the Abbey of San Salvatore at Monte Amiata (Tuscany). Sigeric the Serious, the Archbishop of Canterbury, left one of the best records of the route taken (circa AD 990).

From the dates noted it is clear that this pilgrimage predates El Camino de Santiago. 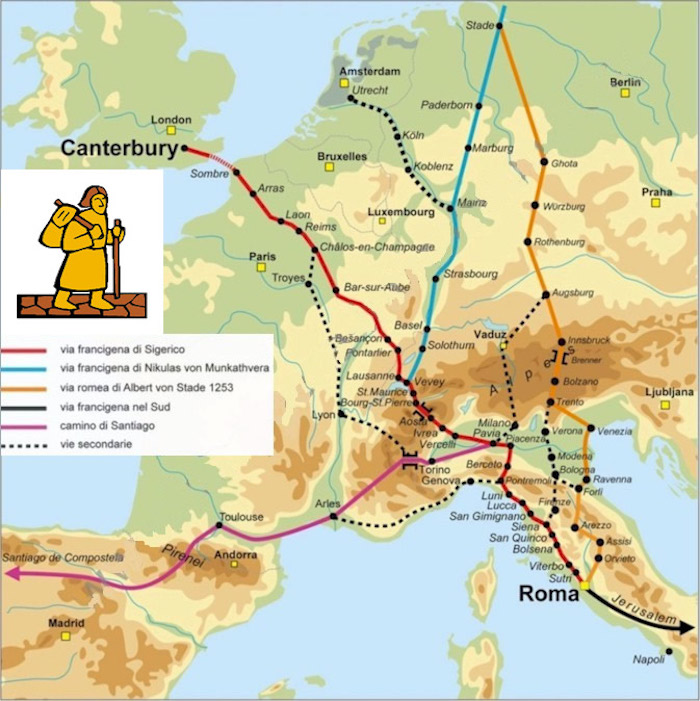 Map of the different routes that make up the Via Francigena
Source: http://www.cioccoleta.it/romea-germanica-and-francigena-two-ancient-pilgrims-ways/

The Way of St Francis

The Way of St Francis goes under different names. It’s also called Cammino di Francesco, St Francis Way, or Via Francigena di San Francesco. It’s a walking trail inspired by the life of St Francis of Assisi, connecting points where significant events in his life happened. The starting point can be taken as either La Verna or Florence. St Francis did visit the pope to get approval for his order, although he died in Rieti. His tomb is in the Basilica di San Francesco in Assisi. Any of these can also be taken as an endpoint. 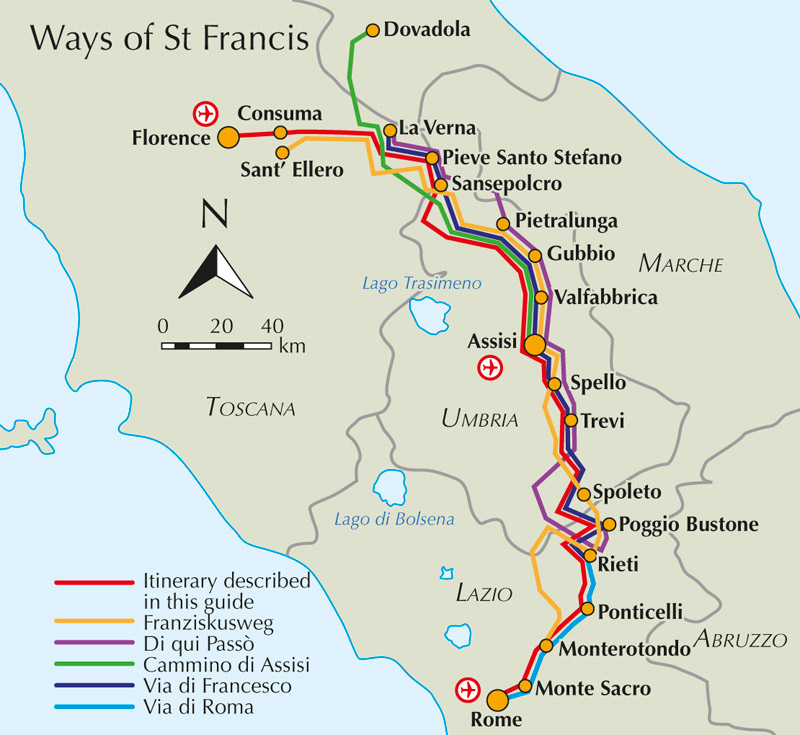 Map of the Way of St Francis.
Source: https://www.cicerone.co.uk/uploads/articles/64004/_lightbox/The-Way-of-St-Francis-Cicerone-Guide.jpg

Looking at the maps, it is clear that different routes can lead to a common destination. However, not all pilgrimages are Caminos. I will take the approach of not referring to The Way of St Francis simply as a Camino in order to avoid confusion. In part two I’ll examine the reasons why people tend to equate a pilgrimage or a long hike with a Camino.

There are as many reasons to do a pilgrimage as there are people. Against geographical and historical backgrounds, everyone doing a Camino adds to the heritage of these great journeys.