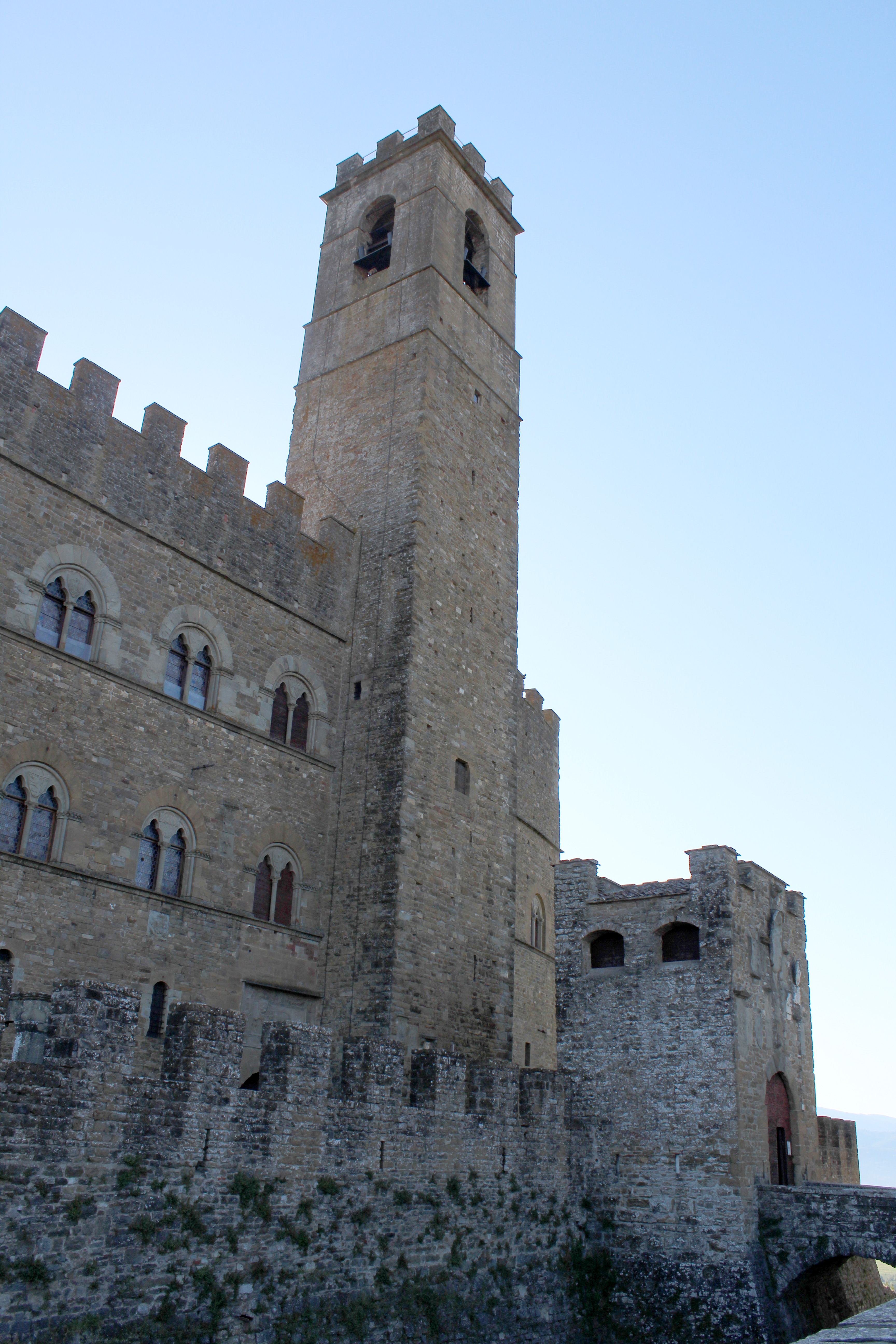 August 24, 2017. After a very good night’s rest, I wake up. It’s just before sunrise when I get up to do my first daily routines. During the pilgrimage, as on any other day, I do a morning meditation. The only room in which I can do this is the bathroom. I need the isolation, and I don’t want to disturb Niels.

During this meditation session, I come to accept that I will be the backpack-walla, accompanying our packs to Camaldoli, the end of Stage 4. Niels is happy that I’ve made the wise choice. Subconsciously I must have already accepted that I was not walking today because it doesn’t feel like such a huge defeat. It is what it is.

The Albergo Fattoria della Foresta does not serve food, so we have breakfast elsewhere. Back at the Albergo, the innkeeper is already waiting to take me to Camaldoli. We load our packs into the car. Niels takes his daypack and says goodbye as we go our separate ways.

The view might be completely different from a car, but the landscape is still incredibly beautiful. The innkeeper and I try to have a conversation, but it’s almost impossible. All I can say is “molto belle” or “bellissima,” as he points out landmarks.

In the distance, I see an imposing fortress on a hill. He points to it, saying “Castello di Campaldino,” AKA Poppi Castle. What I can gather from him, is that there was a massive battle fought on these plains. I catch some words I understand: Battaglia di Campaldino, fume, rosso, and sangue – battle of Campaldino, river, red, and blood. So, there was a mighty battle, and the river ran red with blood!

At a traffic circle, there are metal silhouettes of knights on horseback wielding swords. I gather this relates to the battle. Medieval battles were very bloody affairs, so I can see how the river ran red with blood.

Seeing my interest, he asks me if I would like to visit the castle. Of course, I say yes. As we cross the plain, I experience an overwhelming sense of déjà vu. I start having acute gooseflesh. Images of the battle flash through my mind. Such experiences aren’t new to me. That’s how it can be when one walks into an episode from a past life. Sometimes the veil between past and present can be very thin. 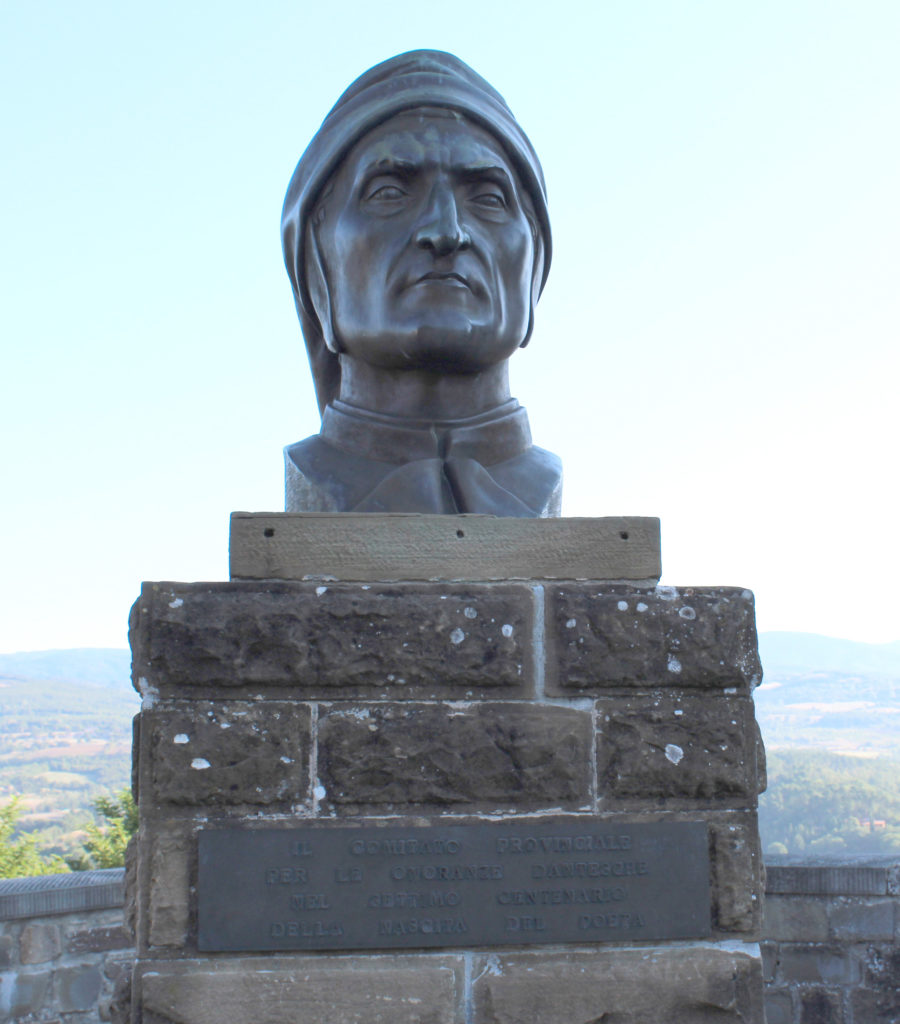 The Battle of Campaldino was fought on 11 June 1289. One of the combatants on the Guelph side was Dante Alighieri. (Photo © Henri Craemer)

The castle has a most impressive view of the landscape. As we arrive I notice a large bust of Dante. He fought in that battle. I can just imagine how it must have felt looking out on the tumult. Lines of infantrymen, knights on horseback, the clamour of the battle…

Now there is only peace.

We take the road, winding its way up a steep pass to Camaldoli. Like a typical Italian, the innkeeper speeds along like a rally driver. At 08:30 we arrive Laconda Dei Baroni. We unload the backpacks. I thank him as we say goodbye.

For a while I catch up on Facebook, posting on the St Francis Quest page about the past couple of days.

The Monastery of Camaldoli 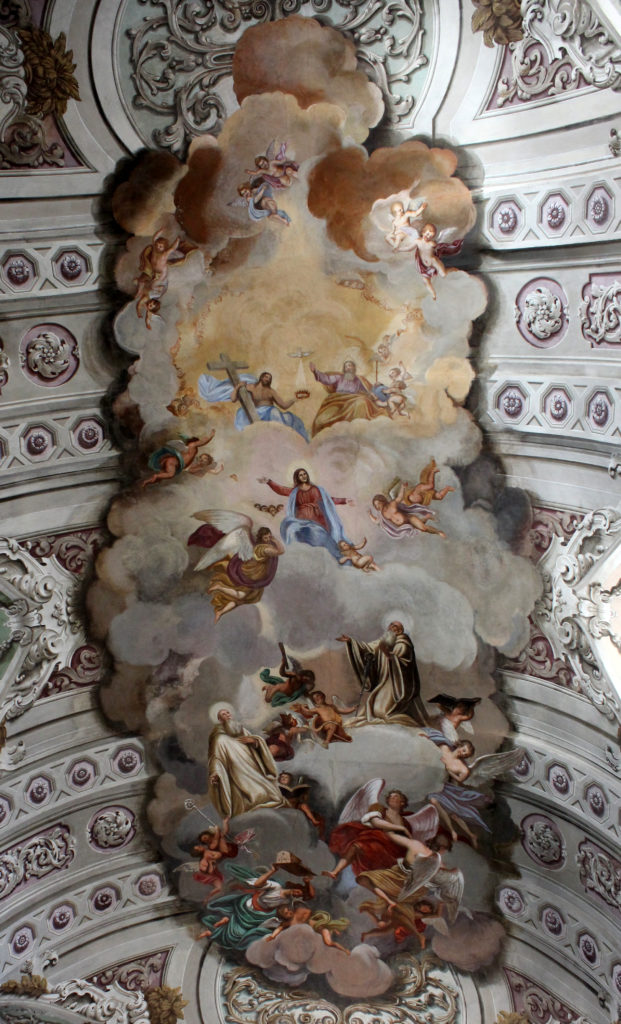 The ceiling of the Chapel. (Photo © Henri Craemer)

Walking around in Camaldoli, I go and sit in the Benedictine chapel of the monastery. I take pictures. Such is the silence and peace in the chapel, that the shutter clicking almost sounds like clattering metal. I quickly get it over and done, and drink in the peace. One of the monks brings me a hymn book. 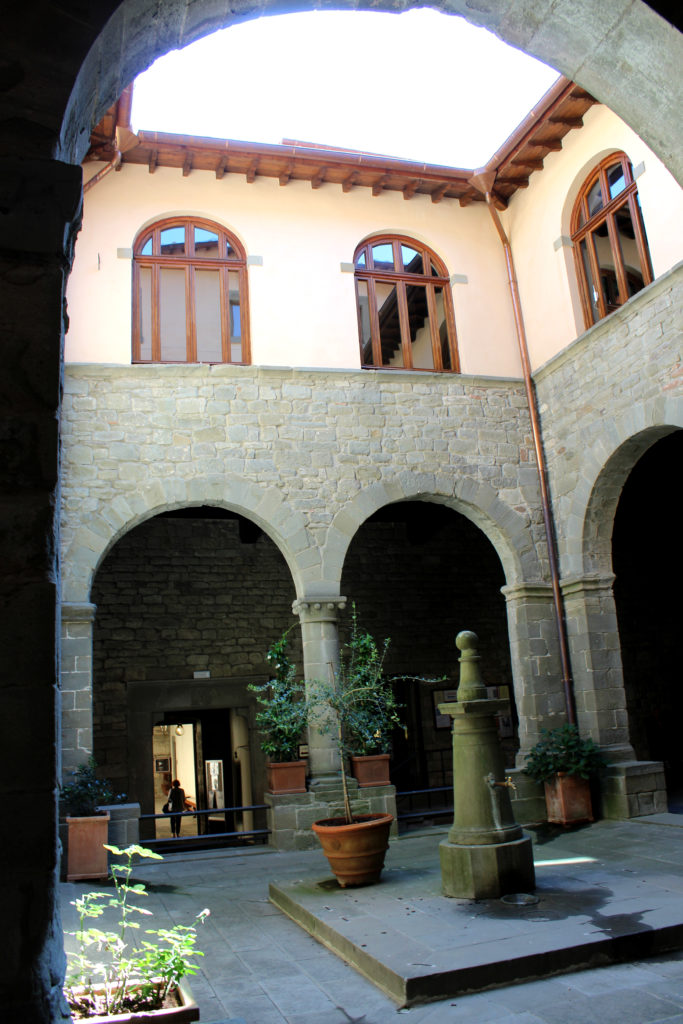 I walk around in the monastery yard. Was I a psychiatrist, I would send people here for mental recovery.

At around 14:20 Niels arrives. While having lunch he tells me about his walk. I was wise not to attempt today’s route. It was easily as difficult as the previous day. At least the path was not as elusive as on Stage 3. I’m sad to have missed out, but I had my own moments, for which I am very grateful.

In the late afternoon, I go to another part of the monastery – the Farmacia Antica. Part of this ancient pharmacy is a museum. It once held the rooms and laboratories where monks practised medicine. There is a library section, housing books that date back to the 16th century. Among them are books on herbs, remedies, one of the earliest books on anaesthesiology, and one on early rather gruesome looking surgical instruments.

The Pharmacia Antica is housed in the rooms used by medieval monks to practise and research medicine. Here are some of the jars and a scale they used. (Photo © Henri Craemer)

A delicious supper and a wonderful night of sleep complete a day of recovery and repair on so many levels. Camaldoli is such a place of strong spiritual Presence, that healing almost seems inevitable.