Henri Craemer | Stage 3, End of the Day: Recovery Begins
The Way of St Francis. An account of how it felt after we stopped hiking from Consuma to Stia at the end of Stage 3. While unable to walk Stage 4, it was the beginning of recovery.
Stia, Way of St Francis, hiking, walking, blisters, Scholl blister plaster, pilgrim shuffle, Sandy Brown, Stage 3, Stage 4, L'Ospitale Dei Brilli, restaurant
15676
post-template-default,single,single-post,postid-15676,single-format-standard,qode-quick-links-1.0,ajax_fade,page_not_loaded,,qode-theme-ver-11.0,qode-theme-bridge,wpb-js-composer js-comp-ver-5.1,vc_responsive 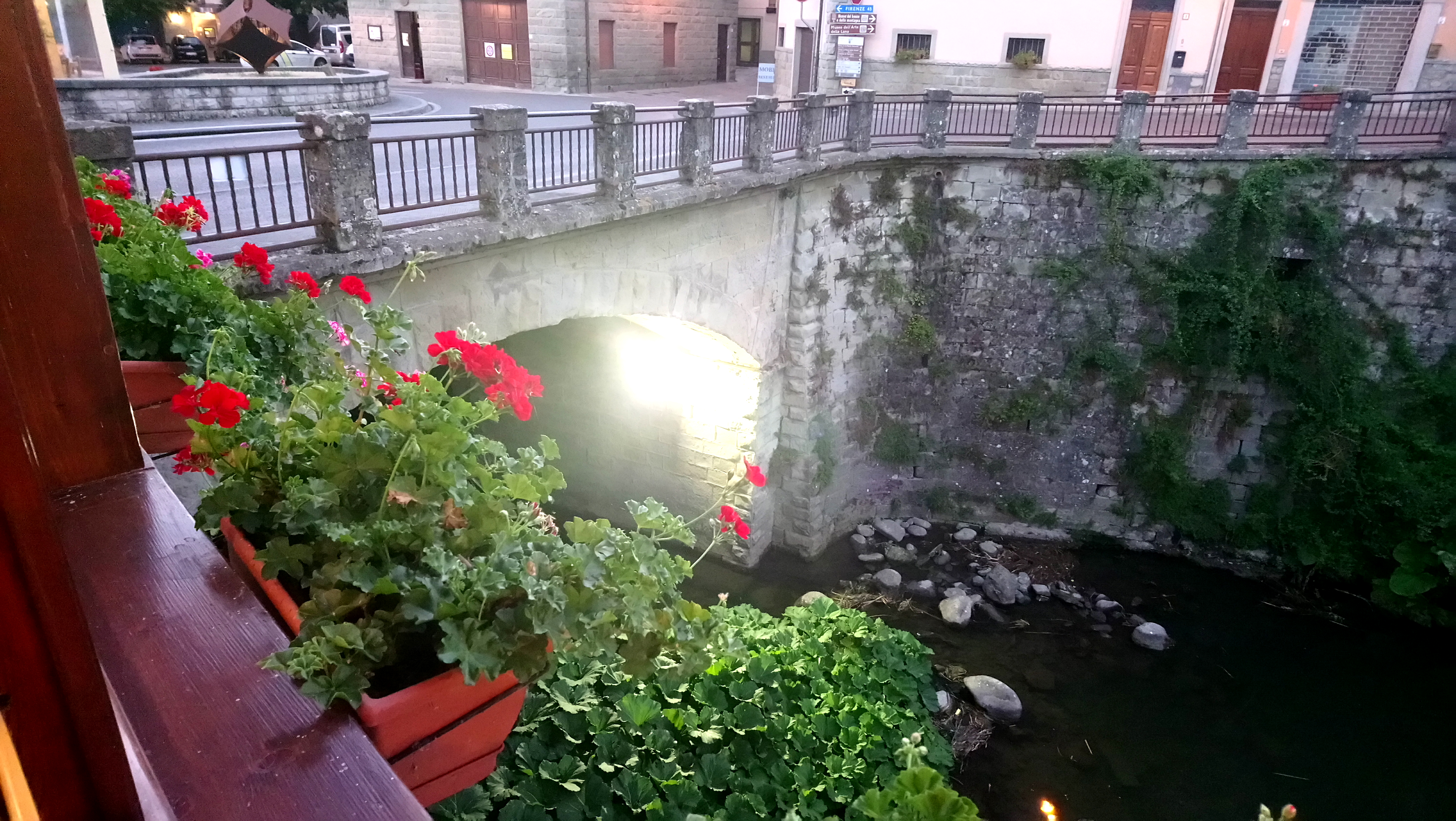 It’s late Afternoon 23 August. I’m lying on the bed, in Fattoria la Foresta, the inn in Stia at the end of Stage 3 of The Way of St Francis. The poor start and murderous defeat on the road to Stia have destroyed me. Were I not this tired, I would probably be much more acutely aware of the pain in my body.

Niels returns from his discussion with the innkeeper. He tells me that the best-case scenario for me is that the owner takes me, along with our backpacks to Camaldoli. If I choose to walk the next day, we will take daypacks, and the owner will ferry our backpacks to the destination.

By now we’ve established an end of the day’s hike routine: Niels does his washing and showers, while I recover. I then follow suit, while he has a beer, either in the inn, if available or in a nearby bar. After my washing and shower routine, I usually join him and have some aqua frizzante.

As I get up, I find walking to the shower very painful. The blisters of previous days have been aggravated, and new ones have formed. The shower brings welcome relief. How wonderful it is to feel clean after such heavy day of walking. I do my washing. Before soaking the shirt I notice many white areas where the sweat on my shirt dried. I hang up my washing. In this heat everything, bar the socks and undies will be completely dry by tomorrow morning.

Niels returns and doctors my feet – something for which I’m very grateful because he is very good at it. I am amused at the face he always pulls while doing it. It’s as if he wants to murder the blisters. The Scholl blister plasters saved me on the previous days of hiking. I’m hoping they will do the same so that I can walk tomorrow.

We decide to find a place to eat. As we walk down the main street of Stia, I can see by the way he’s walking that he has also taken strain. He may be super-fit, but he has a cyst in his ankle. I can only admire him for his incredible ability to apply mind over matter. The cyst makes it much more difficult for him to descend than ascend when it comes to hills. Rocky or uneven paths can also make things very uncomfortable. Despite this, he could probably still outwalk people half his age who don’t have any foot or ankle problems.

“You can always tell who are the pilgrims at the end of the day, by the way they walk,” he tells me.

“Yes,” I reply. “We’re doing the pilgrim shuffle.” I can feel my feet are in a bigger mess than I thought.

We pass the square named after Bernardo Tanucci. It has a stone fountain with metal ornaments, a fresco by Pietro Annigoni, and the parish Church of Santa Maria Assunta. 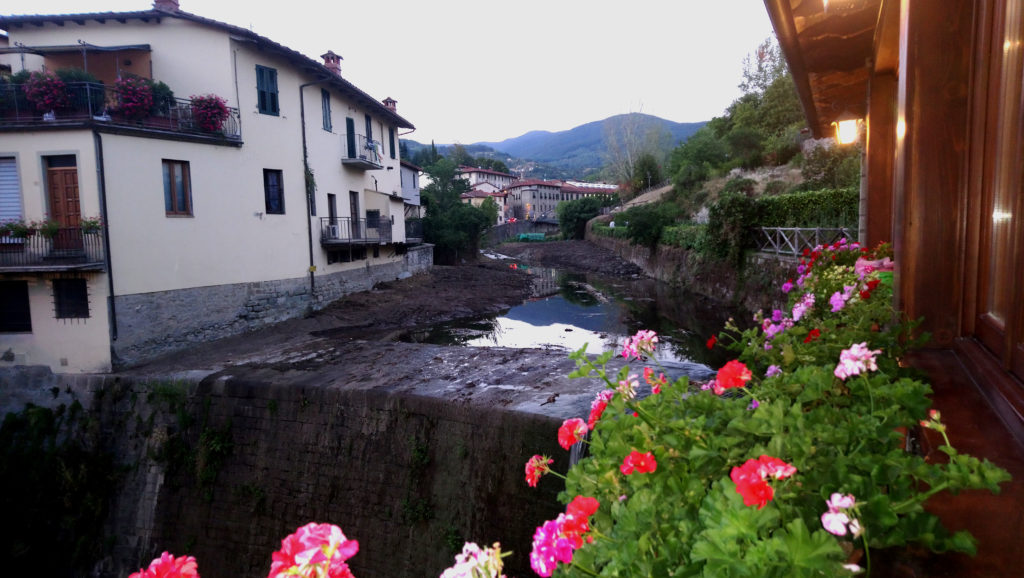 View from L’Ospitale Dei Brilli along the Arno River towards the direction of tomorrow’s hike. (Photo © Henri Craemer)

There are many people dining out because the restaurants are full. At L’Ospitale Dei Brilli on the banks of the Arno river, we get a table overlooking the river and the main street bridge. Instead of having “Tortello,” a traditional dish of potatoes made here and elsewhere in the Casentino region, I opt for a fish stew. It’s more than delicious.

Back in the room, I look at Sandy Brown’s book. Stage 4 is rated as hard. The ascents total 1017 metres (~3337’), only a bit less than today. The fact that most of it will be covered in one ascent could make it even more difficult. Niels advises me to make the smart choice. Subtext: take the transport to our next destination. I’ll give him my decision in the morning.