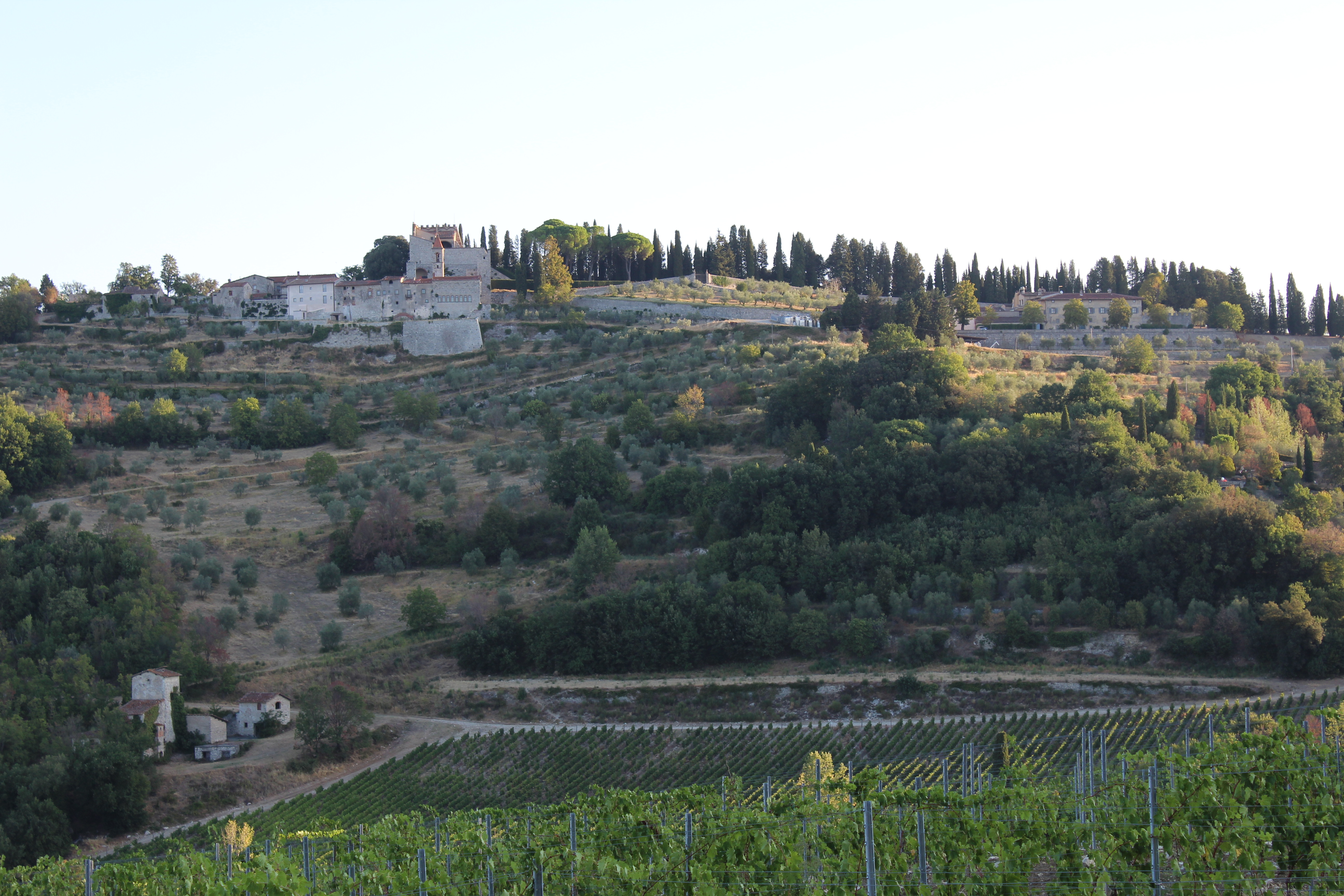 It is around 06:00, 22 August 2017, in Pontassieve, just before the Italian summer sunrise. Feeling revitalised by a good night’s rest, my feet in walkable shape, blister plasters working well, I decide to hike Stage 2 of the St Francis Way after all.

Niels and I set out. It appears that there are very few Italians awake at this time of day, as we follow the directions in Sandy Brown’s book. By his book, it should be a day of moderate difficulty – more difficult than the previous day on Via di San Francesco. We are destined to ascend most of the day – 1021 metres (~3350’) before we would reach Consuma. 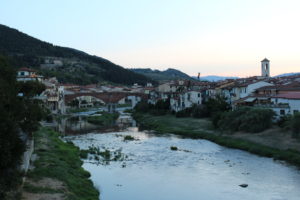 Progress is slow, but I find a rhythm in hiking which makes it easier. We take a break in view of Castello di Nipozzano (featured image) and have breakfast – energy bars, dried figs, prunes, and water. Part of it is probably the plainest energy wafers I’ve ever encountered. Niels calls them blotting paper. He bursts out laughing when I tell him, “you can be sure of one thing. They have no added flavourants.”

It’s still relatively early, but already I’m sweating. We enter the first village on our route for the day: Diaccetto. We find a little bar, and the aqua frizzante brings welcome relief. 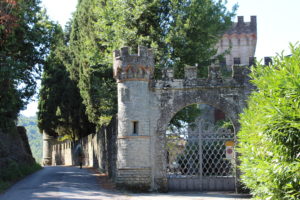 Walking feels as if it’s getting a lot easier than Stage 1, but when we hit the climbs, it’s back to a dead slow pace – me plodding for max. 70 meters and resting. This slows down our hiking speed to between two and three km per hour.

The surrounding forest has a healing effect on me. It has a living silence about it, that is hugely uplifting. The quality of this kind of beautiful silence is hard to describe. Only occasionally do I hear wild animals in the undergrowth, unfortunately (or is it fortunately?) not seeing any.

For a brief while, we find ourselves on the wrong route, having missed a turnoff. Fortunately, it’s only a detour of ten minutes.

The silence is broken by the sound of band saws. We are passed by heavy vehicles involved in logging activities. More band saws. We get to the site of the activity. Two loggers are busy felling a dead tree. “Funny,” says Niels, “I thought there would’ve been three.” I ask why. He simply replies, “tree fellas,” in what I can only describe as the worst imitation of an Irish accent ever.

Not much further along we hear Italians in animated conversation. The road passes a farmhouse. A man greets us. From what I can understand, he asks us where we are going. In my very broken Italian, I answer, “Peligirni a Assisi e Roma” – pilgrims to Assisi and Rome. At that, he suddenly becomes very enthusiastically friendly and insists that we at least have some coffee with them. No one turns down such wonderfully friendly hospitality.

We introduce ourselves, and find out his name is Bruno. He and Niels have a very lively attempted conversation, with the help of his daughter doing translations. The talk is about football and Australia. South Africa doesn’t feature. 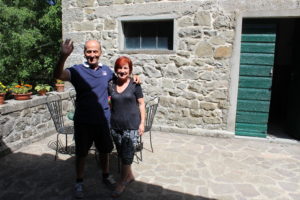 The Last for the Day

Powered by the kick-ass coffee, we move on. According to the book, it’s one last little climb, a short distance – less than two km – and we’re there. In Consuma, outside a little bar, it’s off with the backpacks, and I collapse into a chair.

That climb didn’t feel so little, and the distance felt a bit further than indicated in Sandy Brown’s book. I pass it off as merely being unfit. However, Niels tells me that his iPhone watch measured the distance as seven km longer than the book. Was that our detour after Ferrano? Surely not!

We don’t have accommodation close to Consuma. Niels calls the owner of Ronald B&B where we were to stay, as per prior arrangement. After very uncertain communications, we wait. He picks us up about a half hour later. 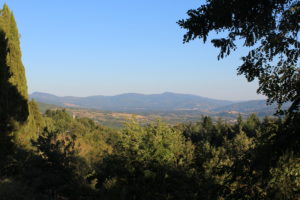 We spend the afternoon and early evening in the most incredibly beautiful surroundings of Ronald B&B. The sun sets late in Italy as we have supper. It was a good day’s hiking. Tomorrow’s stage of The Way of St Francis is indicated as “hard”, but I feel confident that progress will be easier.

I ask myself: what is different between today and yesterday? My answer: my attitude has changed radically. It’s no longer a case of merely walking to get from A to B to simply get there ASAP.