Henri Craemer | Stage 19 part 1: A Difficult Crossing
Part one of Stage 19 on the Way of St Francis as walked by Henri Craemer and NielsTroost. The trek is covered from the hotel where we stayed up to and including the Ponte delle Torre, Aqueduct, and the problems that were experienced.
Spoleto, Ceselli, Ponte delle Torre, Aqueduct, Way of St Francis, walking, Convento Santuario Monteluco, Sony Xperia, preparations
16419
post-template-default,single,single-post,postid-16419,single-format-standard,qode-quick-links-1.0,ajax_fade,page_not_loaded,,qode-theme-ver-11.0,qode-theme-bridge,wpb-js-composer js-comp-ver-5.1,vc_responsive 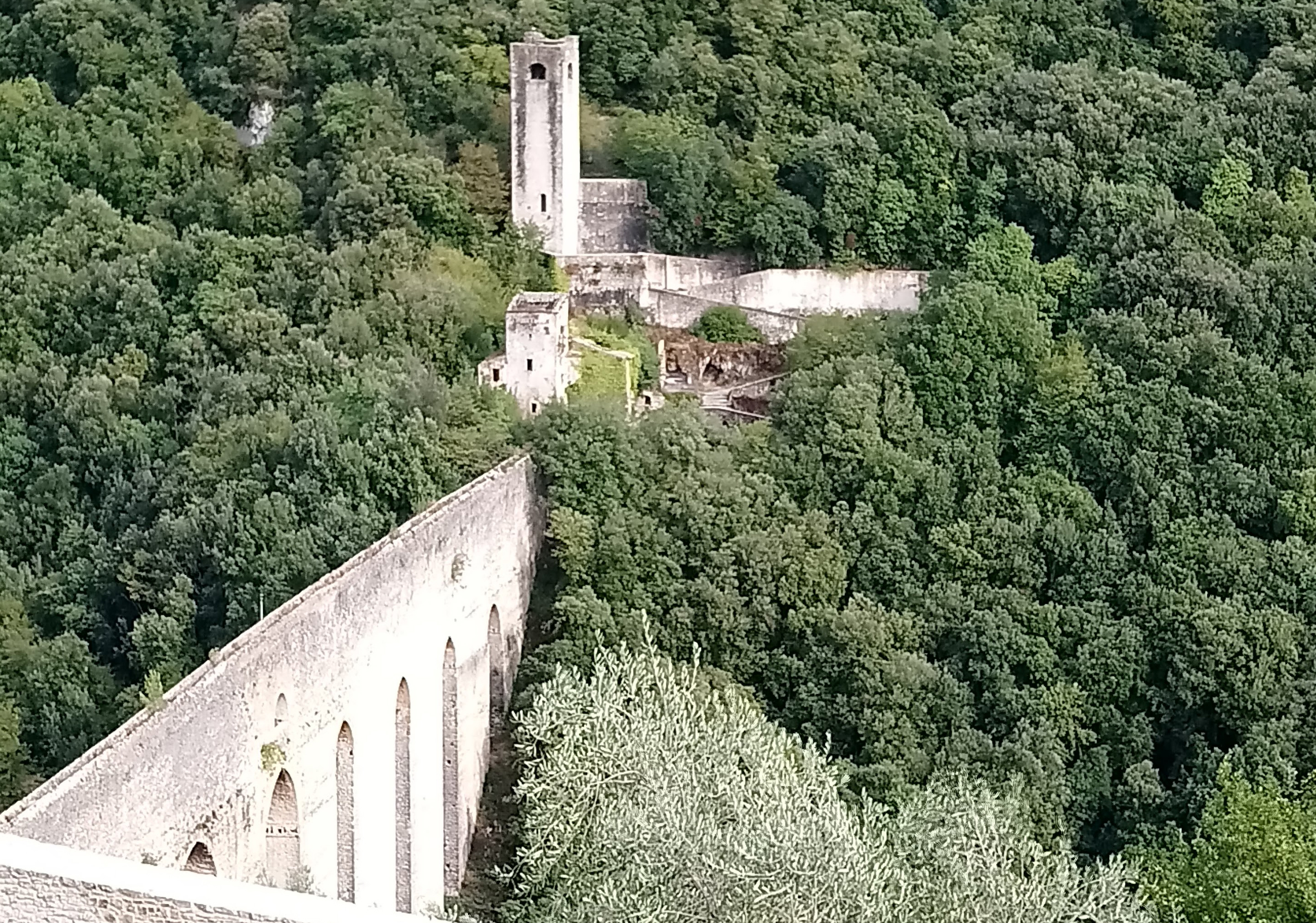 The rating for the day’s trek by Sandy Brown is “Hard”. This is not due to the distance* – only 15,4km. It’s the ascents totalling 641m and the descents of 663m that will be telling. There is an added bonus of a very strong possibility of rain, which is always a challenge in mountainous terrain.

Both Niels’ and my boots aren’t dry enough to wear yet. Hardly surprising, since we had such a wet slog into Spoleto yesterday. I’m very disappointed. Now I’ll have to wear my sandals on today’s trek. I never thought this would actually be necessary. Niels will be wearing his red running shoes.

There are no stops on the Way of St Francis between Spoleto and Ceselli to replenish our snacks. Ceselli itself also doesn’t have places to eat. The agriturismo where we’ll be staying does not serve meals either. With this in mind, we have a wonderfully filling breakfast. We blatantly pack slices of rye bread cheese and cold meat, wrapped as sandwiches in paper serviettes. No one bats an eyelid. 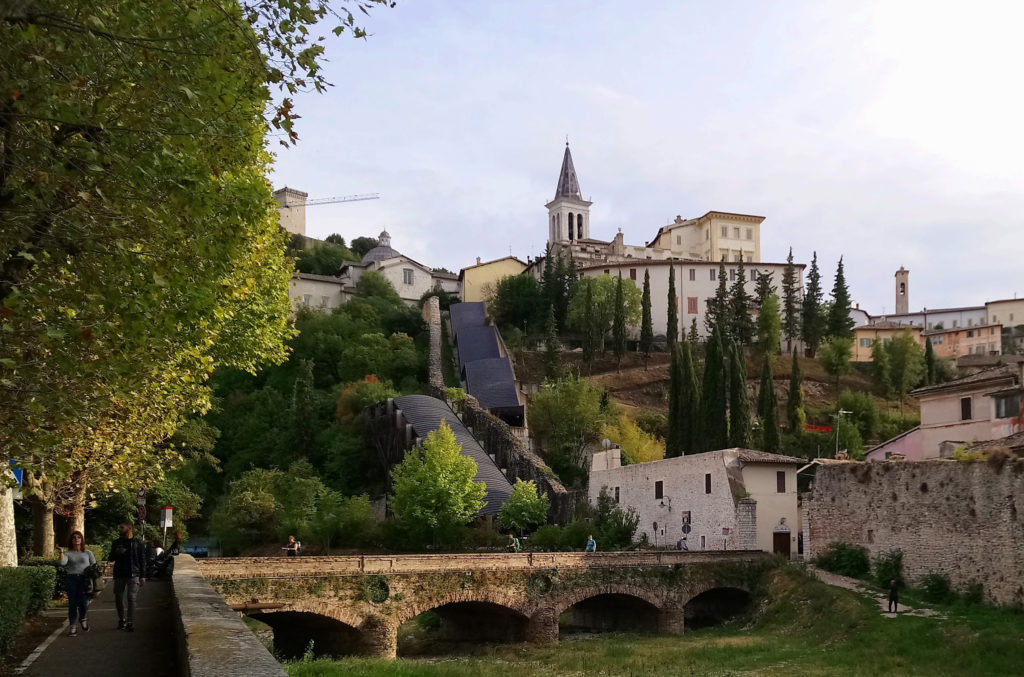 The first part of our path. The elevators form a snake-like structure under charcoal coloured roofs in the centre of the photo. (Photo: © Henri Craemer)

At about 08:30 we set off. Soon we get to the escalators. The combined escalator ride from the bottom to the top takes 22 minutes. We pick up the trail from waymarks we noted yesterday.

We walk around the base of La Rocca Albornoziana up to the Ponte delle Torre Aqueduct. We can’t believe our eyes. The entrance is fenced off with a NO ENTRY sign!

As Niels and I discuss our alternatives, an Italian who speaks English approaches. He tells us that we can’t cross here. The Aqueduct has been closed off because teenagers have used it to commit suicide. He adds for good measure, in typical dramatic Italian style, that earthquake damage has made it unstable. It sounds like he’s implying it will collapse if we across it. He’s willing to walk us to a point where we can pick up an alternative route.

I am in total disbelief. He tells us of an alternative involving a roundabout way back to the other side of the gorge. Niels asks him how far it is. Only four km he replies. Niels and I exchange glances. We know from previous experience that at best there are communication problems with the Italians when it comes to them giving us directions or distances. 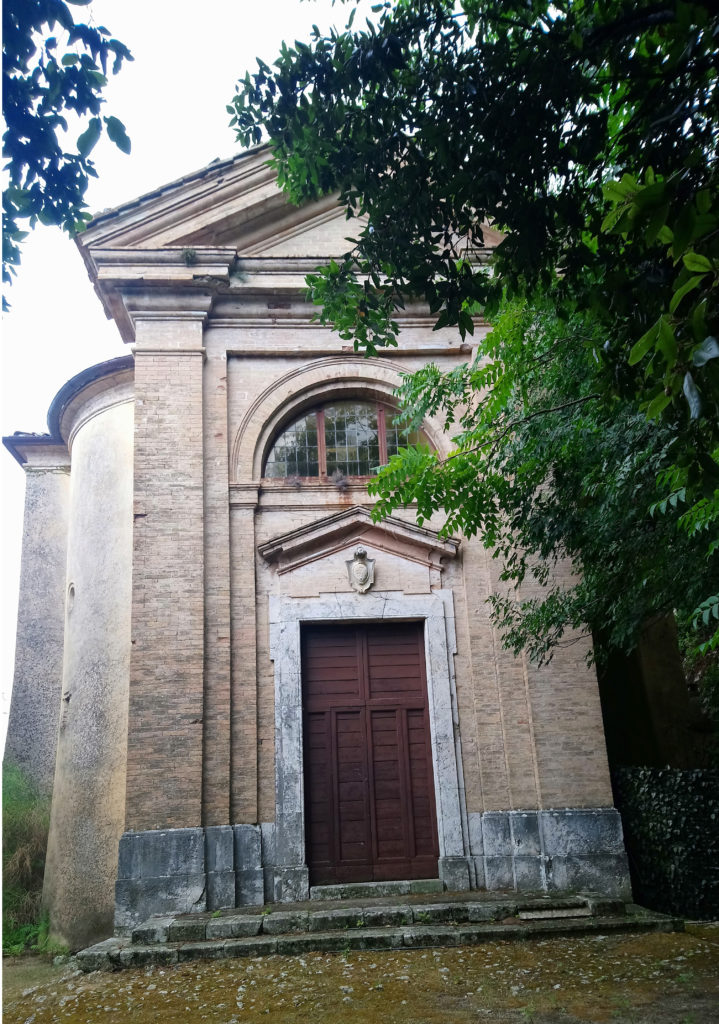 This is not good at all. As it is, the ascent of the rest of the mountain from the other side of the Aqueduct is challenging enough. Now we’re adding an additional down and up!

As we start walking, I see two lady hikers approaching. By their backpacks, I assume they have the same intention as us – crossing to the other side. I guess they must be in their early 50s. Both look well kitted out and very much up to the task of walking a Camino.

We stop them. They tell us in very German sounding English that they don’t have the slightest intention of being stopped from crossing the Aqueduct. The Italian listens.

The four of us decide that we are crossing the Aqueduct. If the Italian police want to stop us, so mote it be. We are going. The Italian protests slightly, but I think he understands our point. In the end, he throws up his arms and walks away as if to say, “What happens is on you.”

The one lady immediately starts moving the fence blocking the entrance. There are large rocks keeping it in place. Niels helps her. We go through. I close the gap in the fence.

I walk with them while Niels makes a speedy crossing. In my very rusty German I start talking to them. I find out they’re from Austria. They’ll probably be staying at the Convento Santuario Monteluco.

Early in the crossing, I notice surveillance cameras, mounted on the high right-hand side of the Aqueduct. This makes me nervous because we’re already doing something naughty. My mind starts coming up with stories I’m going to tell the police when they catch us on the other side. 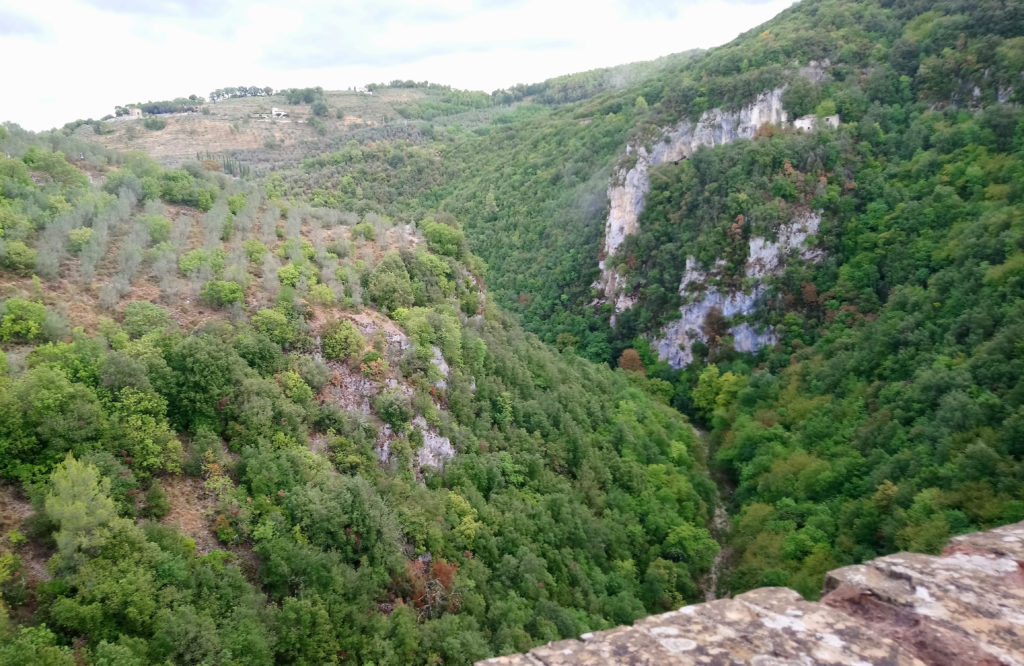 The drop into the gorge from the middle of Ponte Delle Torri Aqueduct. (Photo: © Henri Craemer)

Bravely I decide to take a photo of the drop into the gorge in the middle of the Aqueduct. I can see why it can count as one of the top ten Aqueducts in the world. The view is beautiful but scary. It’s a drop of 80m to the bottom. The left side is protected only by a small parapet. This adds to my nervousness. An instinctive fear of falling kicks in. I get that slightly dizzy feeling for being close to the edge, looking down into the deep chasm below. It would be very easy just step over to your death here.

The Sony Xperia clicks. I swiftly move on. At the end of the Aqueduct, I catch up with the Austrian ladies. There are a hip-high gate and fence blocking any traffic from crossing from that side. I help them to get their packs over it.