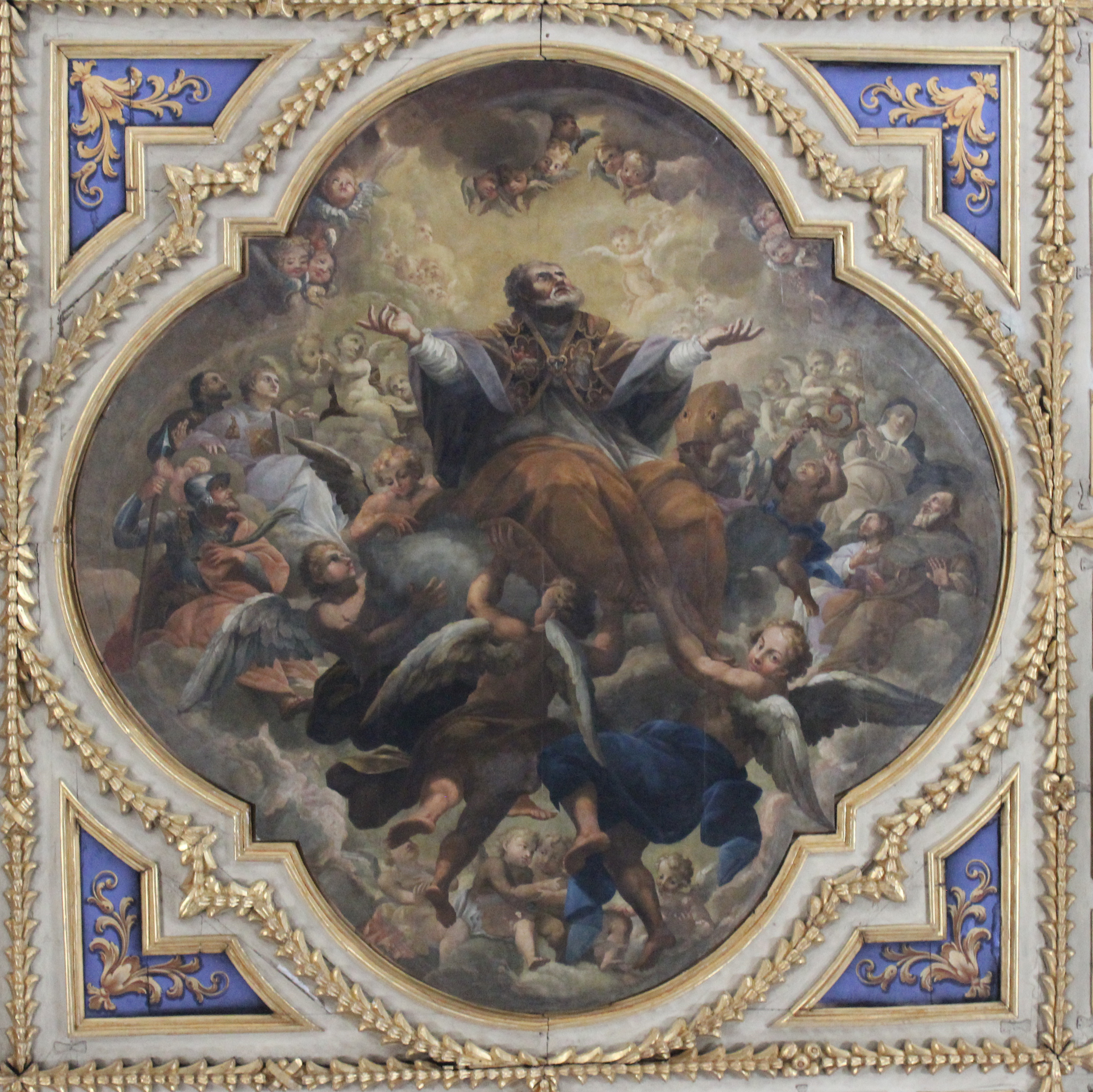 After completing our walk from Città di Castello to Bar Sasso, and then to Candeggio, we return to Hotel le Mura. We clean up and make our way into the city centre. We explore the Cathedral of Saints Florido and Amanzio the patron saints of the city. Perhaps because it’s too busy, I don’t feel the same sense of presence as I felt in the Chiesa di S Michele Arcangelo in Citerna, although this Cathedral is most spectacular. 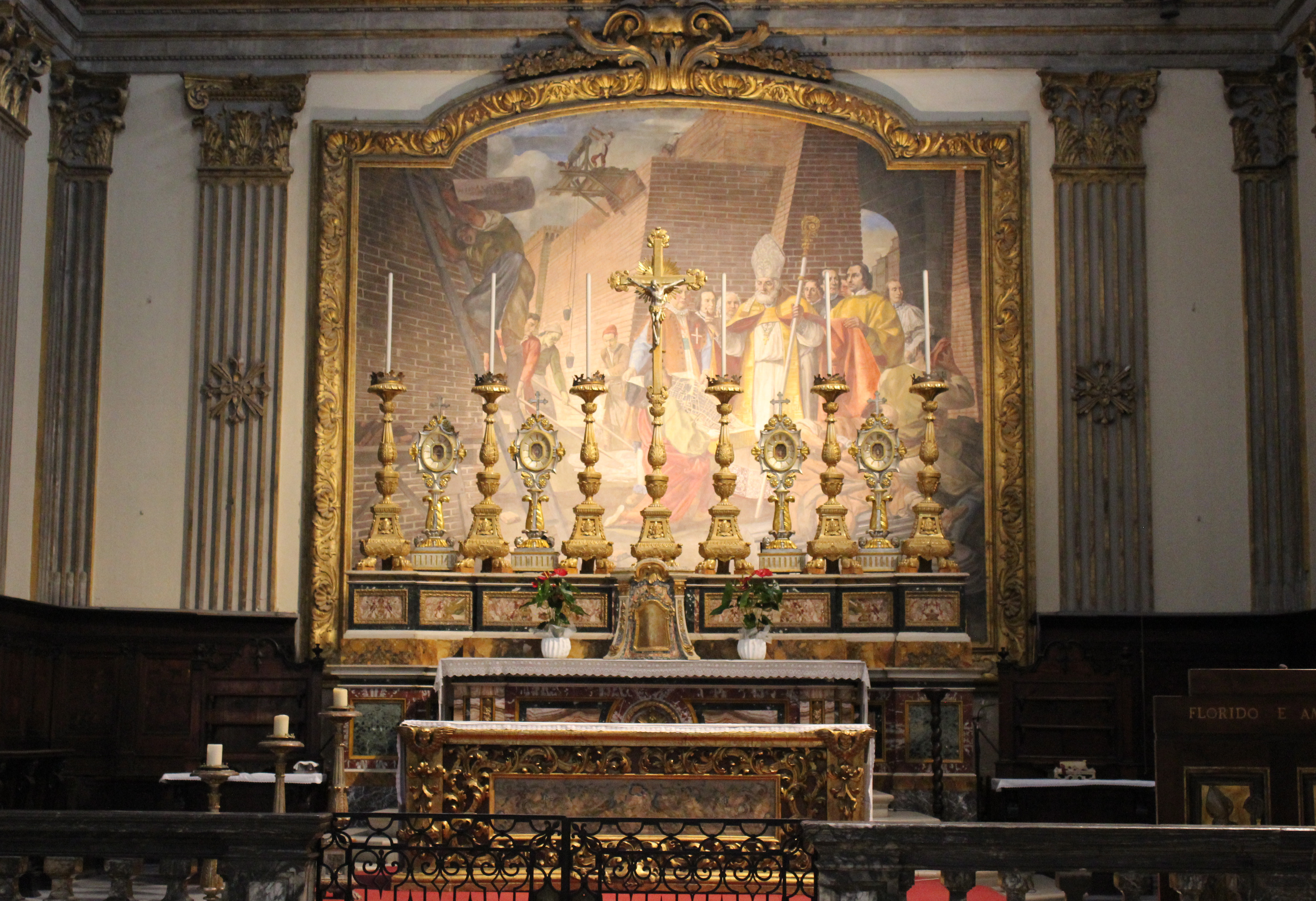 The altar area of the Cathedral of Saints Florido and Amanzio. (Photo: © Henri Craemer)

We go to our watering hole – Caffe Magi opposite the Cathedral of St Florido and St Amanzio. There is some rain about, so we decide to sit inside by the sliding doors. We order refreshments. The restaurant manager invites us to have some of the buffet of snacks laid out, on the house. Very pleasant.

Niels is busy on his phone. Some business needs his attention. I let my mind go into a free-floating mode.

My eyes settle on the paintings in the dining area. The two at the far side of the seating area remind me a bit of the work by Italian artists in the second half of the 19th century, known as the Macchiaioli. They predated the French Impressionists, but are also known as Italy’s Impressionists. Although they were mainly based in Tuscany and gathered in Florence, I wonder if any of them ever wandered as far as Umbria and Città di Castello. There are works of theirs in museums in Rome and Milan. I googled it. 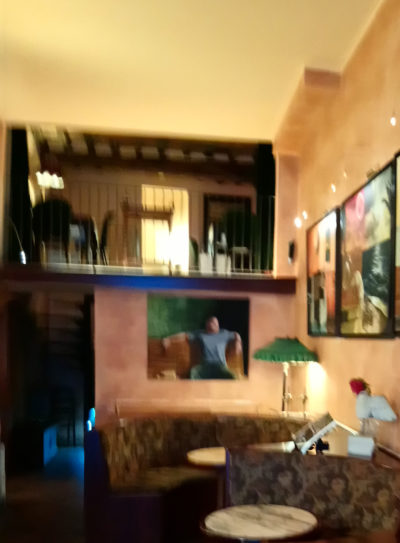 Two things were most important to them. From an artistic point of view, they wanted to portray something more personal in their work. They wanted to catch the moment in its simplicity as they saw it, very much like the Impressionists.

Apart from that, they also had a strong sense of Italian nationalism, being the time when Italy was emerging from a very fragmented state into a unified country. Their style and their political views brought them into direct conflict with the staid establishment, in spite of many of them being trained by the Florentine Academy.

As with any pioneering movement, the Macchiaioli were regarded as bandits rather than pioneers. In a way, the same kind of disdain befell St Francis and his followers. At times they were regarded as heretics.

My mind wanders to the history of St Francis in this town. There are references to the work of Thomas of Celano, his autobiographer. Apparently, Francis had a torrid time. Citizens were plagued by a woman who was possessed by a demon. At first, he sent a brother to see if he could deal with the problem. The brother returned unsuccessful. He then went himself and shouted at the demon to come out. Francis’ attempts were also unsuccessful. He left the town in humiliation as a result.

When he reluctantly returned at a later stage, the women followed him, kissing his footprints, thanking him for relieving her of the demon. The lesson was that humans don’t drive out demons, but God does. From this Francis learned humility. 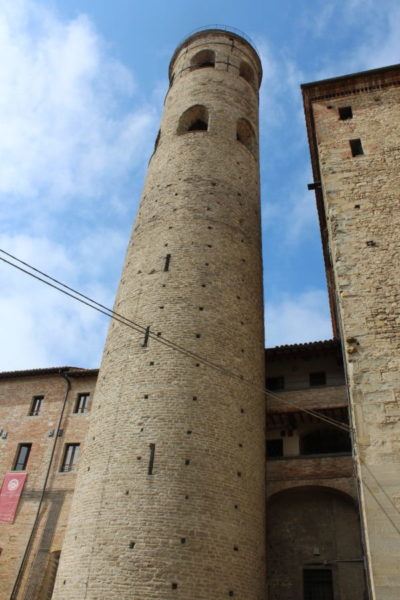 Campanile of the Cathedral of Saints Florido and Amanzio. (Photo: © Henri Craemer)

Wanting to know more, I google Thomas of Celano’s work, and get to his original translated text. What I find surprises me. According to this text, St Francis sent out the brother to see if the woman was not busy with deception for some reason. While the brother was trying to drive out the demon, Francis was praying. He went out and successfully dealt with the demon. A recent work by Ivan Gobry (2016) confirms this version.

After that, the townsfolk flooded him with requests for help, which he freely gave. Among other miracles, he cured a woman’s child who was suffering from a wound that would not heal. The only reason why he left was because he was in desperate need of rest.

If one is to take Ivan Gobry and Thomas of Celano’s at their word, I wonder why there is such a discrepancy. Is the subtext of the false version that St Francis learned humility due to the supposed humiliation, therefore everyone should be humble? Is this another subtle way in which established religion attempts to subject the masses? Unfortunately, I’ve come across too many such incidents to avoid being skeptical about organised religion.

I decide I want to satisfy my craving for ice cream. The manager of Caffe Magi points me in the direction of a place called ICE. When I get there, I’m faced with an impossible choice. There are at least 40 flavours. I choose dark chocolate, pistachio, melon sorbet and lemon sorbet in a cup. I’m glad the spoon is very small because that makes it last longer.

I return to Caffe Magi. Niels and I are occupied with our own thoughts. I realise I’ve become very fond of this city, the attractive aristocrat disguised as a peasant woman.