About 08:30, 19 September 2017. A so-so breakfast suffices after our morning routine of getting up and packing. The discussion of me walking today is very short. My FOMO is bad, but it can’t override my need to recover completely. I will ride with the full packs to Montelibretti. Niels will use his daypack. He won’t go back to Ponticelli but join up with the Way of St Francis trail between our inn and Castello Orsini.

Niels hands me copies of the map indicating the address and location of our next pitstop. He leaves as the packs get loaded into a noisy delivery van. I share the front seat with two Italians who are in animated discussion, I suspect about football. The drive takes us around the foot of Poggio Moiano along the outskirts of the town. Before 09:00 we’re at the foot of Montelibretti. And guess what?

The van stops near Montelibretti. By the way the driver and his friend are looking around, it is clear that they don’t know where to go. I can’t believe it! We drive around uncertainly for a while until we see a shepherd with his flock. They decide to ask him for directions. He points in a general upward direction. True rocket science, I think to myself. Even I know that.

I tell them that I have a map. They definitely don’t understand English. I summon the courage to use the little Italian I know.

The shock of hearing Italian from me takes them aback.

“Tu parli Italiano!” says one. Their attitude to me changes from indifference to friendly acceptance. Suddenly they start talking to me as if I have full command of the language.

I hold up my hand to stop them. “No, no! Parlo Italiano molto poco. Mio Italiano non è così buono.” – me. (No, no! I speak very little Italian. My Italian is not good.)

As I found when I was in France long ago, the Italians are very glad when you even try to speak their language, even if it’s in the most broken or comical way.

We scrutinise my copies of the map. Only one problem: we can’t determine where we are. We drive up the hill and get to the town. I’m very grateful that we seem to be close. They ask for directions from someone next to the main road. He indicates that we are close. We follow his directions but have to ask again. This man confirms that we are on the right track. The address is down a little side road. 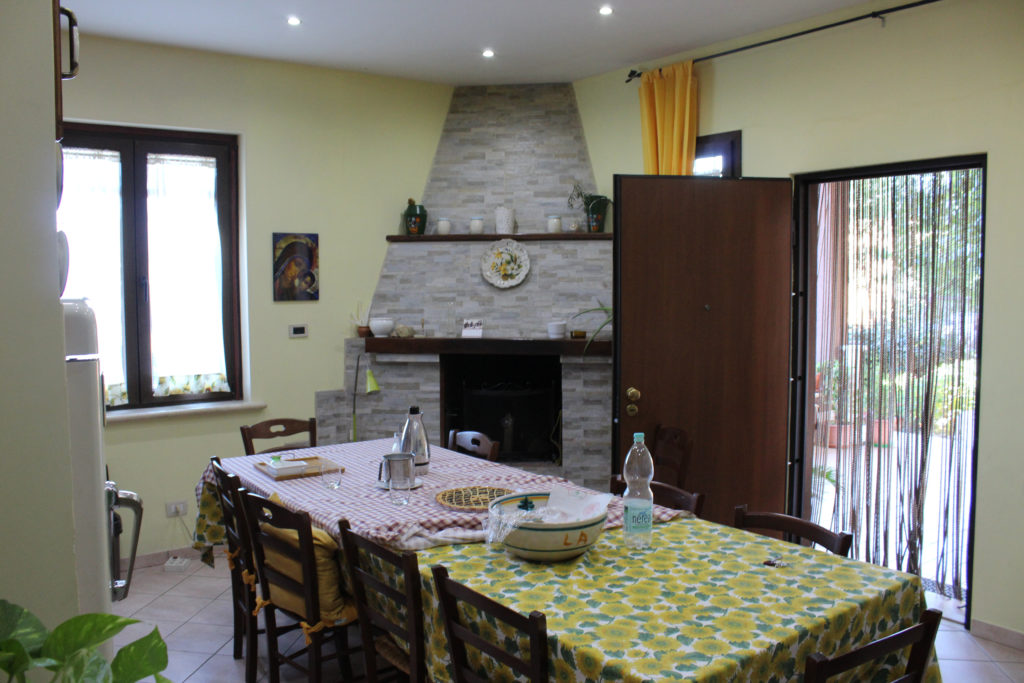 The Lounge-dining room of our B&B apartment (Photo: © Henri Craemer)

I meet the proprietor as she is busy clearing a room. She introduces herself as Ilaria Vollera. Her English is very good in spite of a strong Italian accent. She apologises for not yet having a room ready for me. I beg her pardon for being so early. It’s no problem. All I have to do is wait a bit. The packs are unloaded. I thank the driver and his mate and give them an additional five euros each. Ilaria decides to relocate me to another room up the road closer to a recommended eating place.

Ilaria asks me where I am from. I tell her I’m from South Africa, expecting very little reaction other than a polite “that’s nice.” However, I am completely blown away by her reaction. She is very enthusiastic and tells me an amazing story.

During the Second World War, there was a prisoner of war (POW) camp very close to the town. Many South African POWs captured during the North African and Italian campaigns were imprisoned there. However, the citizens held very strong anti-fascist sentiments. When the South Africans escaped the Italians helped them at the risk of immediate execution as traitors by the Nazis. This reminds me a bit of Pietralunga’s resistance.

From my own knowledge of WWII history, I know this threat was even more real after Italy surrendered in 1944. Under the German occupation of Italy, the Waffen SS followed a policy of near extermination, which saw populations of entire villages wiped out for helping partisans and escaped POWs. The South African Legion has documented how brigades liberating regions were welcomed as heroic liberators. There are even roads named after SA Units that liberated some towns. 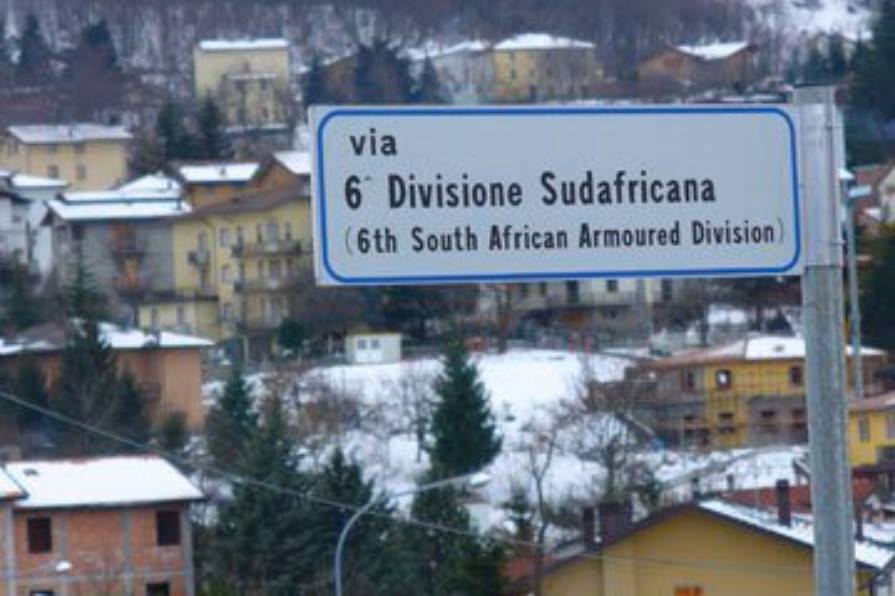 The via 6 Divisione Sudafricana, named after the 6th SA Armoured division, is an example of how highly Italians value the South African part of liberating them. (Photo South African Legion)

Ilaria tells me that two years ago there was a very emotional reunion in town. Both Italian and South African descendants met and shared experiences over family photos. There was an Italian survivor who helped the escapees. As a child, he took food to the South Africans hiding from the Germans.

The sheer humanity of this story strikes a very deep and strong chord in me. What does it not take for people to risk their lives in a war they don’t want, for people they hardly know? I find this extremely uplifting. It is a turning point in my mind and heart. What has threatened to become a serious depression has been stopped in its tracks. The seemingly invincible enemy has been halted. Now the advance awaits.