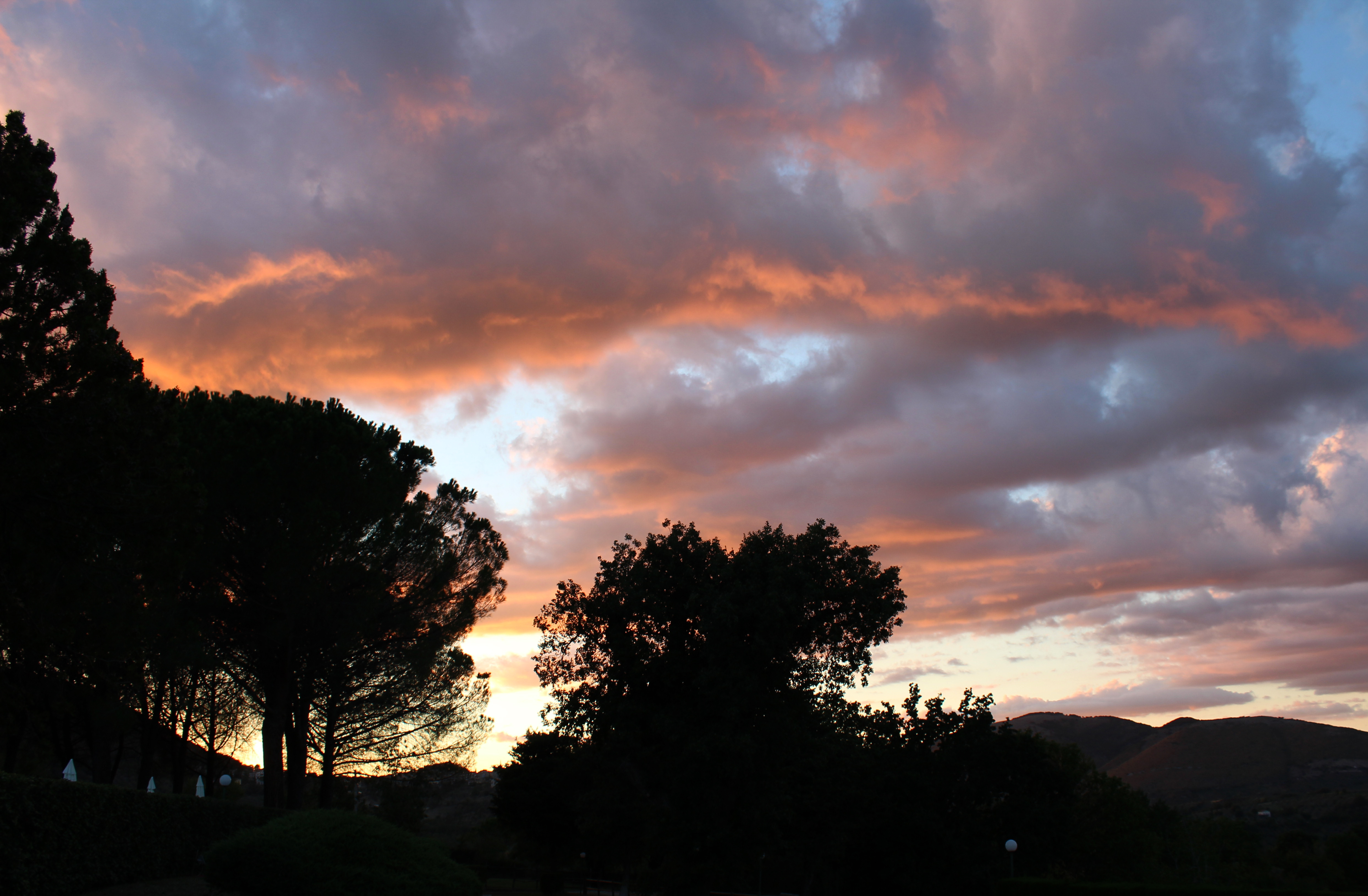 Sunday, 17 September 2017, 14:10. I wake up from my nap before Niels has completed Stage 25 of the Way of St Francis. I walk around and take a few pics. The Agriturismo is beautifully situated. It is surrounded by forest with views of Poggio Moiano, Scandriglia, and Nerola with its Castello Orsini.

Beautiful as this place is, my time waiting for Niels is such a stark contrast to my forced day off on Stage 4 on the Via Francigena di San Francesco. At Camaldoli I wasn’t so isolated with nothing to do as here. I am in limbo.

He pitches up at around 14:50. As per arrangement with the Inn, they fetched him at Ponticelli where Stage 25 ends. Niels is markedly annoyed when I meet him at Reception. I wait for him to go through his post-hike routines before he tells me of his day’s hike. 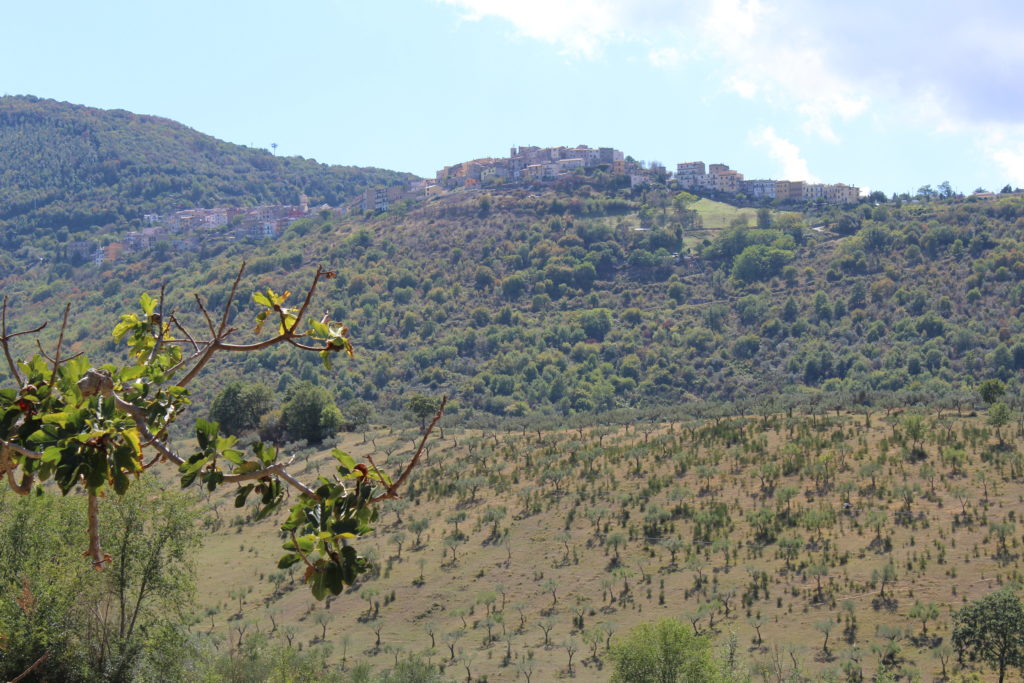 The source of his annoyance is because he nearly had to walk 8km from where Stage 25 of the Way of St Francis ends at Ponticelli. When he phoned them to collect him, the people at our pitstop tried to get out of fetching him. He had to remind them that this service was already paid for in advance. So, they reluctantly agreed. He still had to wait for an hour before they arrived. There was also nothing to do because Ponticelli is effectively closed on Sundays.

Before getting to Ponticelli he had trouble with the directions. He arrived at what he thought the outskirts of the town. “I ask them if this is Ponticelli and they tell me, no, this is Bumblefuck,” he says. “At the next place, I get told it’s Bumblefuck’s Aunty. Then I go to Bumblefuck’s niece, and then the nephew before I got to Ponticelli.”

It was indeed a hard hike, with lots of climbs and drops.

He had a very amusing encounter. As he was walking through the woods, he suddenly came across two naked girls tanning at a farmhouse. All of them were startled, but he kept on going. After he was a short distance away they started shouting at him, but not to “go away.” Glancing over his shoulder he saw them showing off their bodies, with a very clear invitation to get more intimately acquainted. He kept on going. The pilgrim withstands the temptation of sirens. 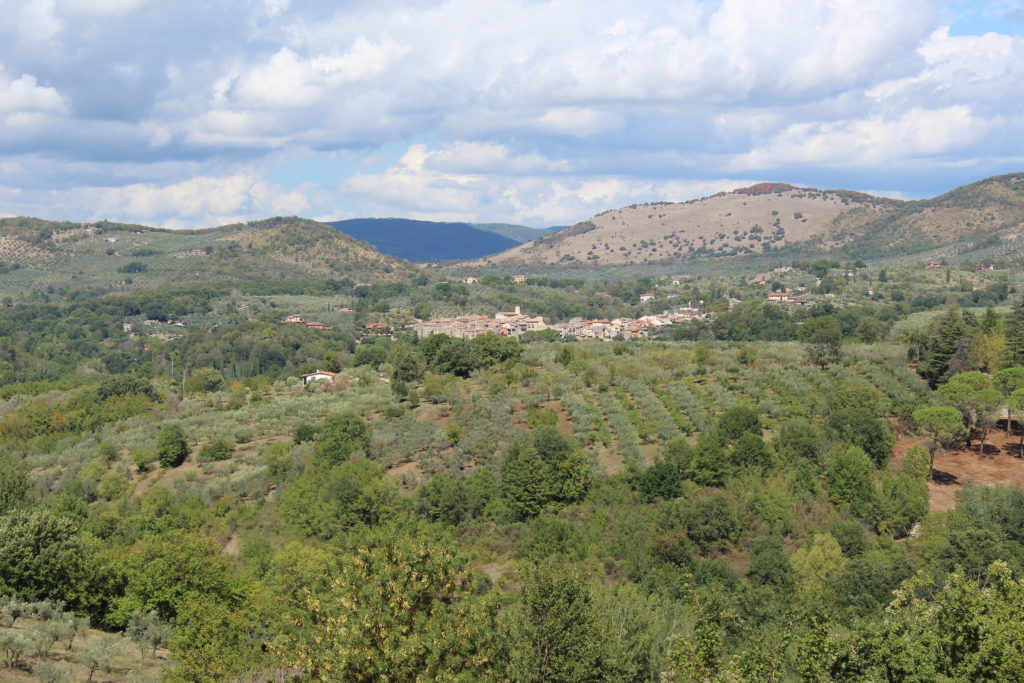 We settle in for drinks at sunset. I am still not feeling well, although my condition has improved. As I feel, I can still definitely do with a day of rest tomorrow.

The owner’s son serves us at supper. We are the only people in the dining room. The plate of pasta seems extremely large. It must be because I did not walk myself into a huge appetite today. I have my usual frizzante and Niels has a beer.

The owner’s son has a conversation with us. I’m all too glad Niels leads the conversation tonight. I just don’t feel like participating. The two of them have something in common. It turns out the father has made his money in the restaurant business in Australia. He then bought the inn and entrusted it to his children.

After supper, the young man brings us both a glass of home-brewed Limoncello liqueur. His conversation with Niels continues. As he leaves for a bit to do something, I tell Niels that I simply cannot drink this shot glass of yellowy green liquid. It’s as if my body is in total rebellion against any intake of alcohol. Even after Niels insists because this could be a slap in the face of our host, I still refuse. Fortunately, he applies some slight of hand and drinks it for me. I’m hugely grateful for this because my body’s tolerance for alcohol is very low. Even a glass that small would affect me badly, including a headache hangover I can certainly do without. 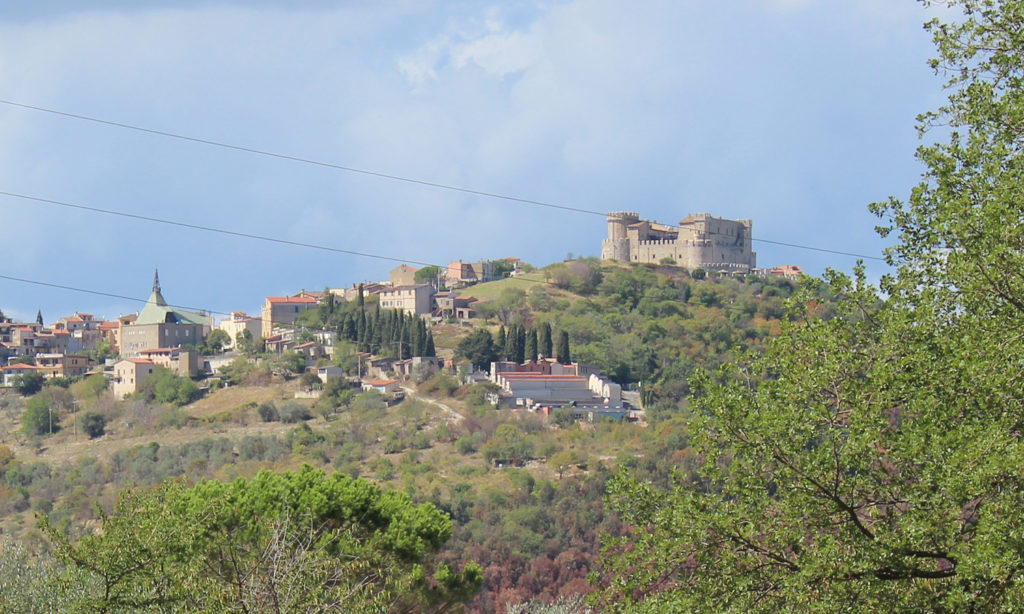 I have a better night than before, although I still had to use my blaster for my chest. I still don’t feel well enough to walk. Maybe tomorrow. The illness is still making me sleepy.

Niels plans to go to Poggio Moiano for some provisions. I won’t be joining him. I ask him to get some contact lens cleaner for me.

We walk to the road where the inn’s property ends and the road to the town is found. This is definitely the quietest day I’ve spent since coming to Italy. I go back to sleep after wandering around a bit. I awake just before he returns, surprised that I’ve slept for a bit more than 3 hours but feeling a lot better.

Niels returns and tells me of the village. Only two places were open. Fortunately, one was a very small pharmacy. He got me a tiny bottle of plain eyedrops. The very Italian pharmacist with almost no English insisted that it would do the job. It’s not ideal, but it will do for now.

The other place open was a cobbler’s shop. He found it extremely quaint that in this day and age, someone can still make a living by cobbling shoes from scratch.

The rest of the day is just as quiet. We both simply rest. With nothing else to do after walking around the inn for the umpteenth time, I sleep some more. We have another great supper before getting an early night.