Henri Craemer | Hiking the Way of St Francis with Niels
Henri Craemer and Niels Troost have hiked together before. Here is some speculation as to how it will go walking The Way of St Francis.
KwaZulu-Natal, KZN, Amphitheatre, The Way of St Francis, hiking, relationship, Drakensberg, the Berg, Tugela, river, Camino, walking
15720
post-template-default,single,single-post,postid-15720,single-format-standard,qode-quick-links-1.0,ajax_fade,page_not_loaded,,qode-theme-ver-11.0,qode-theme-bridge,wpb-js-composer js-comp-ver-5.1,vc_responsive 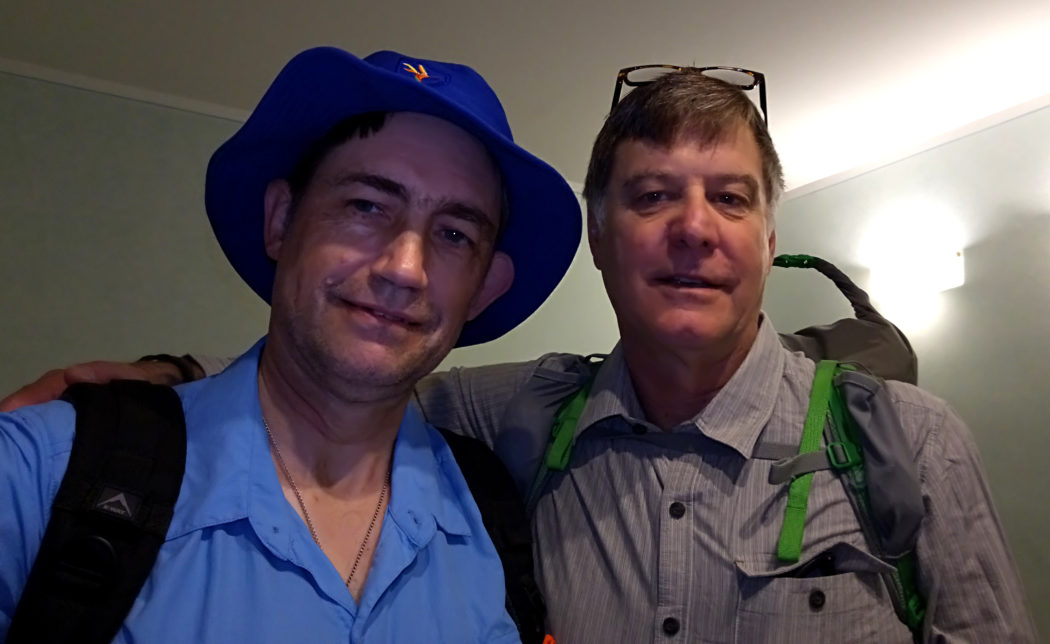 11 Jul Hiking the Way of St Francis with Niels

It is the end of June 2017. The wheels are in motion for me to meet Niels in Italy or somewhere on route, to walk The Way of St Francis from Florence to Rome.

Hiking with someone, especially on a difficult hike, either builds or destroys a relationship. I’ve experienced both. With Niels, it certainly helped build our friendship. That is why I took the opportunity to walk the pilgrimage of the Francigena di San Francesco with him in the first place. 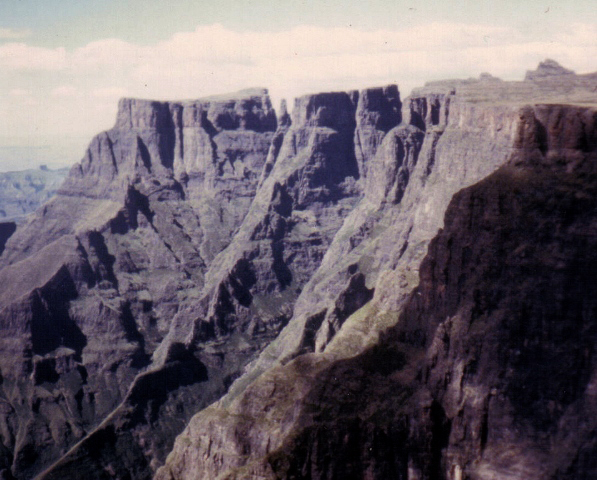 View from the Amphitheatre at the head of the Tugela Falls. Looking left to right at the Eastern Buttress, Devils Tooth and Inner Tower. (Photo: © Henri Craemer)

I started hiking in February 1975. The area on which I broke in my hiking legs was Royal Natal National Park, KwaZulu-Natal (KZN), South Africa, the site of the mighty Amphitheatre of the Berg, as the Drakensberg is reverently known by hikers and climbers who have dared venture into her realm. On that self-same hike we went to the top with makeshift military packs weighing 35 Kg (77 lbs). The blisters were bad. A few days later, I accidentally dropped one of my boots in the Tugela Gorge while crossing the river. The walk back to the campsite was a 10 km (~6 miles) with bare feet.

Totally insane, but more than wonderful.

I found a spiritual home in the Berg. I’ve never been able to experience anything like that so consistently anywhere else. There have been glimpses on other hikes, like seeing dolphins play at your feet on the Otter Trail in the Southern Cape of South Africa. I’ve done many other hikes, seen some truly sacred cathedrals in the UK and France, and churches, but nothing beats the completely overwhelming, sheer and mighty sense of Presence in the Dragon’s mountain home.

During the period 1975 – 1984 I did over 30 hikes in the Berg, as well as other areas from northeastern Zimbabwe to the Knysna Area in the southern Cape of South Africa. 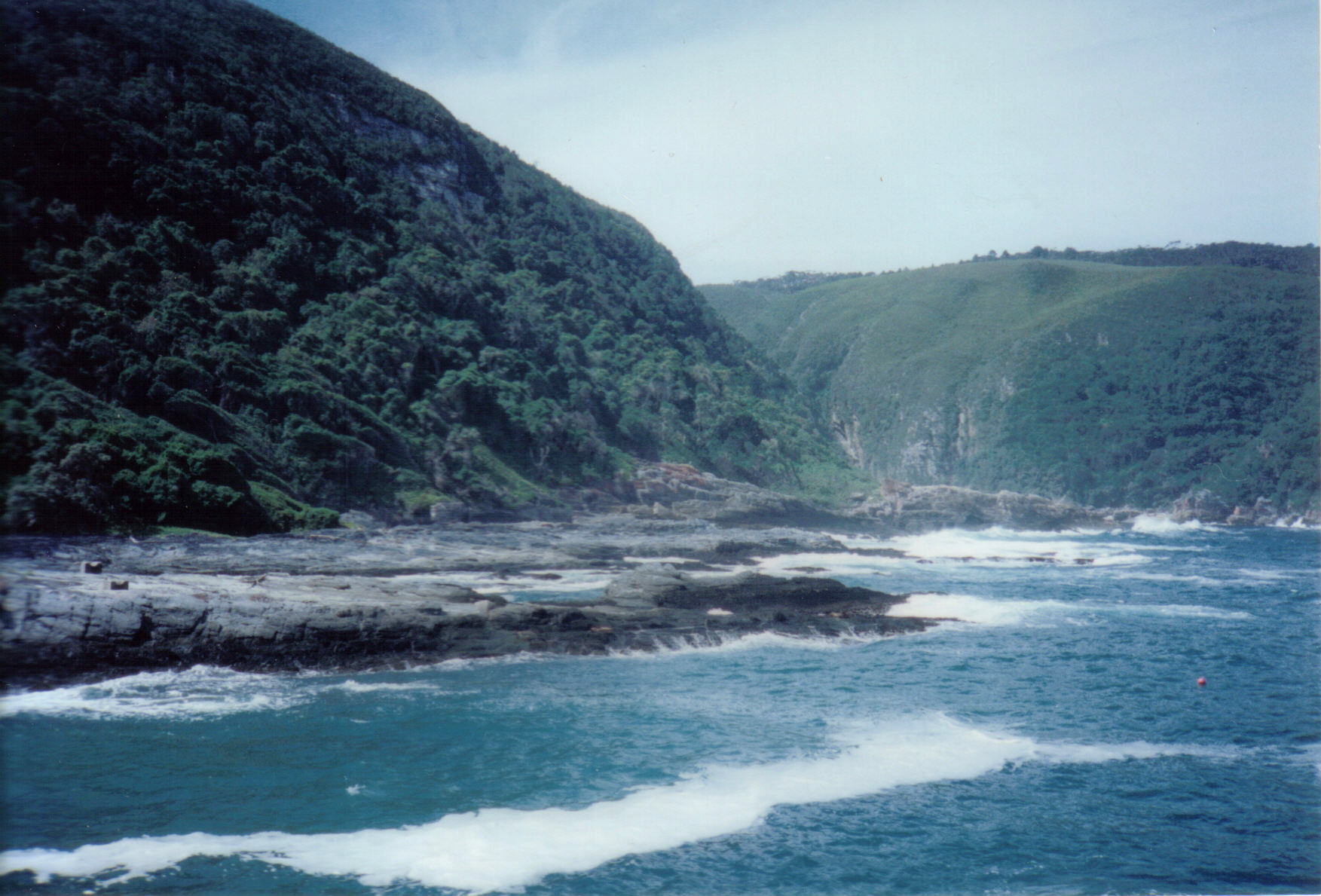 View of the Storms River Mouth, from where the Otter Trail begins. Both Niels and I have walked this trail on separate occasions. (Photo: © Henri Craemer)

Niels joined me not long after that first hike. On the first hike we did together I nearly drowned, because the December weather in the Drakensberg meant the rivers were mostly in flood.

He also walked in the freezing Drakensberg snow with me. The strangest incident was when we had snow going to the top of the Amphitheatre in almost the midsummer. We were fortunate that I had sufficient kit to prevent him and another friend from suffering the consequences of exposure.

You get to know someone in those circumstances. The relationship worked. I took the lead because I knew the terrain and hiked there more often than Niels in those days. I can hardly recall an incident where we had a disagreement that threatened the atmosphere between us. This does not mean he’s the world’s easiest person with whom to get along either. We just accepted and understood each other very well. 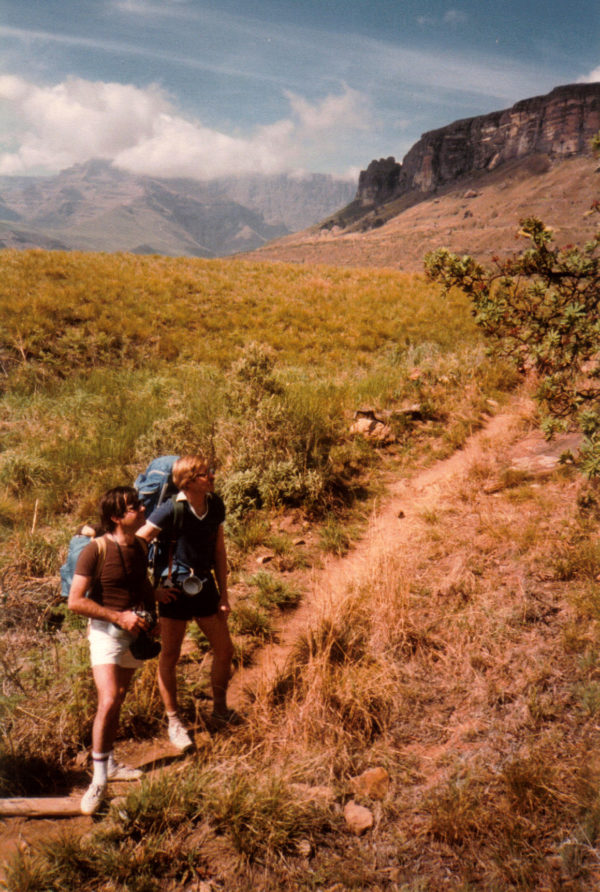 Francois and Niels in the foothills of the Drakensberg 1982. (Photo: © Henri Craemer)

Will this be different while doing a Camino? There are a few things that will definitely be different. The most obvious fact is that we are very much older. However, thinking back on my Berg hikes, I saw some grey-haired old guys getting to the top, where younger ones struggled. Niels’ view is that it’s a pilgrimage and not a competitive hiking marathon. Thank God for that. We do need to take care of ourselves differently due to our age.

Another thing is that I gladly submit to the fact that Niels will take the lead. He has done much more hiking of the Camino kind than I have. That includes doing the Camino Portuguese to St Iago in Portugal, and the Hemkund Sahib in India. He learned some invaluable lessons along the way. As I had to learn from the sheer pain of hiking in the Drakensberg, so he too has done by hiking the Camino.

A further difference is the duration of the Camino. The longest hike I ever did in the Berg meant sleeping on the trail for seven nights. The Camino will last 33 days. Fortunately, we shall not be camping out.

There are a few things that will place less of a strain on the relationship. We will carry less weight. Niels wants us to carry less than 10 Kg. Our kit will be limited to the minimum because we won’t have to carry food and camping gear. We can eat in villages. The season in which we walk is the most moderate – lowest rainfall and warmest temperatures.

None the less, this is still a pilgrimage of note. No doubt the relationship shall be tested like never before.