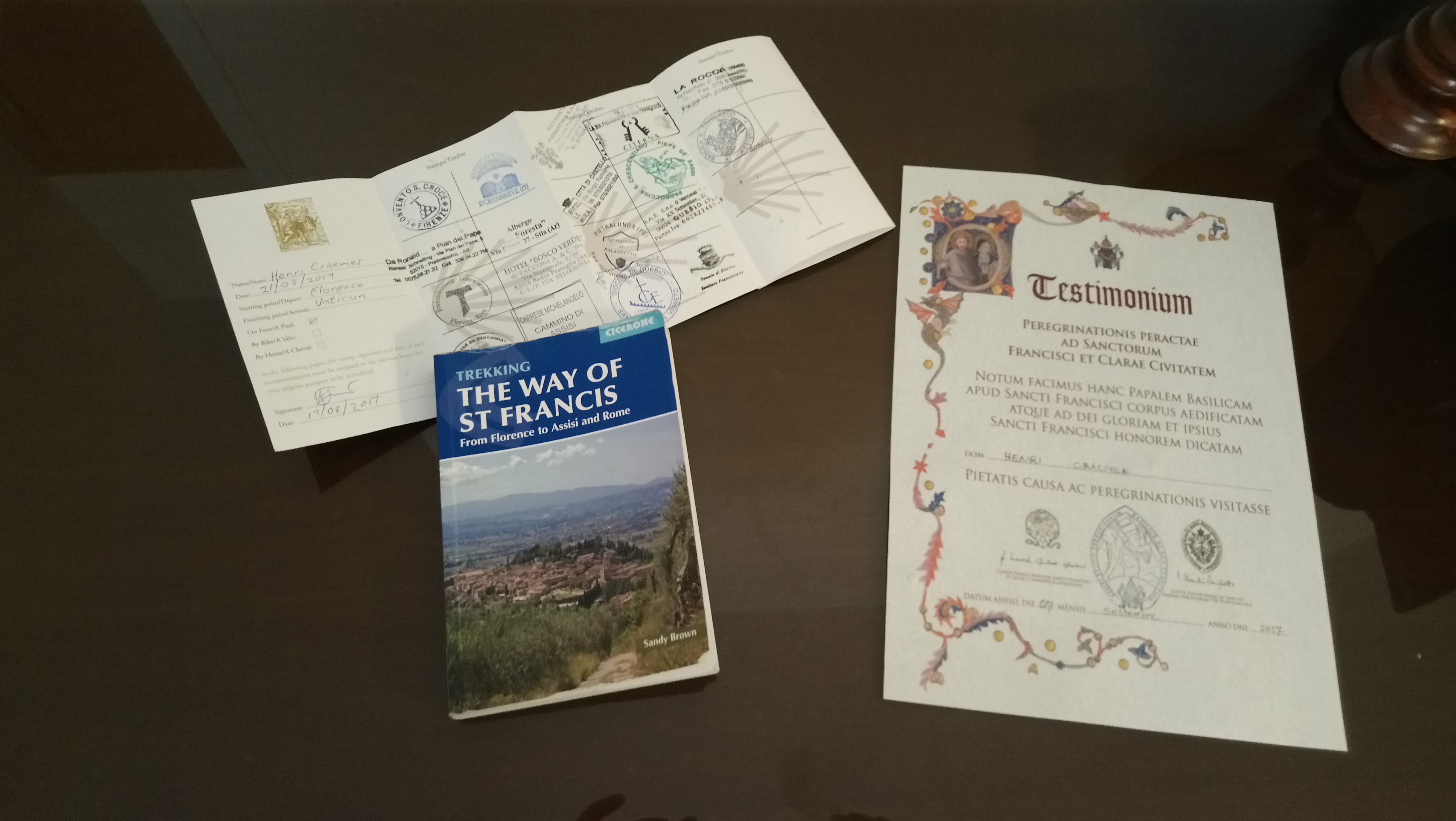 18 Apr A Pilgrim’s Welcome in Assisi

With no pressure to be up and walking at a certain time, we don’t set any alarms. We both sleep the sleep of the dead. I wake up in the dead of the night and do a meditation. I go back to bed and sleep further.

7 September 2017, we wake up at more or less the time we would when we set off on a full day’s hike. Breakfast is great. 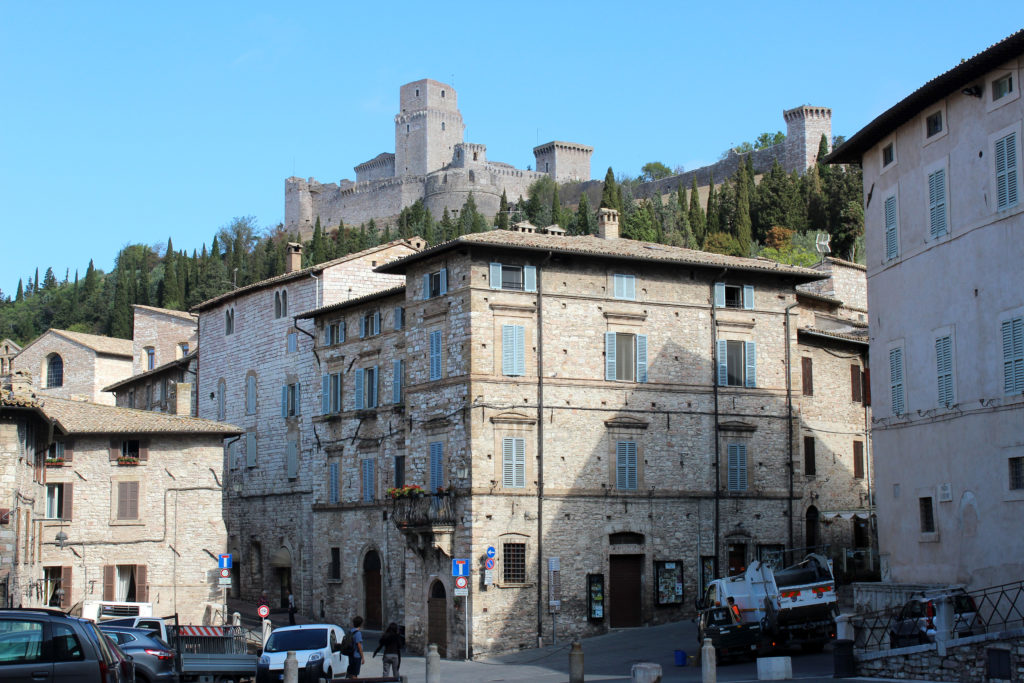 We collect our pilgrim credentials from the room and set off. Hotel La Rocca is quite far from the Basilica di San Francesco, so we get to see quite a few sights in Assisi. In some ways the town reminds me of a larger version of Gubbio; also draped on a hillside with many staired alleys.

We wander into Cathedral of San Rufino, where St Francis was baptised. It strikes me that there are as many interpretations of the crucifixion and Jesus in Roman Catholic churches as there are artists. I take my pics as unobtrusively as possible. People don’t seem to mind. Then it’s down the hill towards the Basilica di San Francesco. 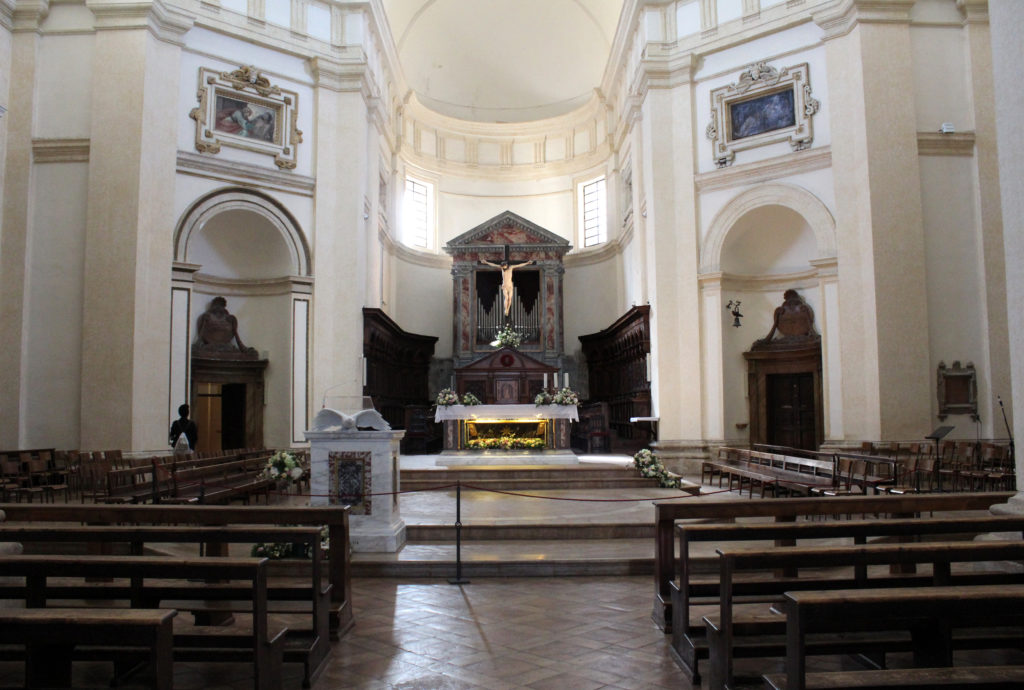 The interior of Cathedral of San Rufino where St Francis was baptised. (Photo: © Henri Craemer) 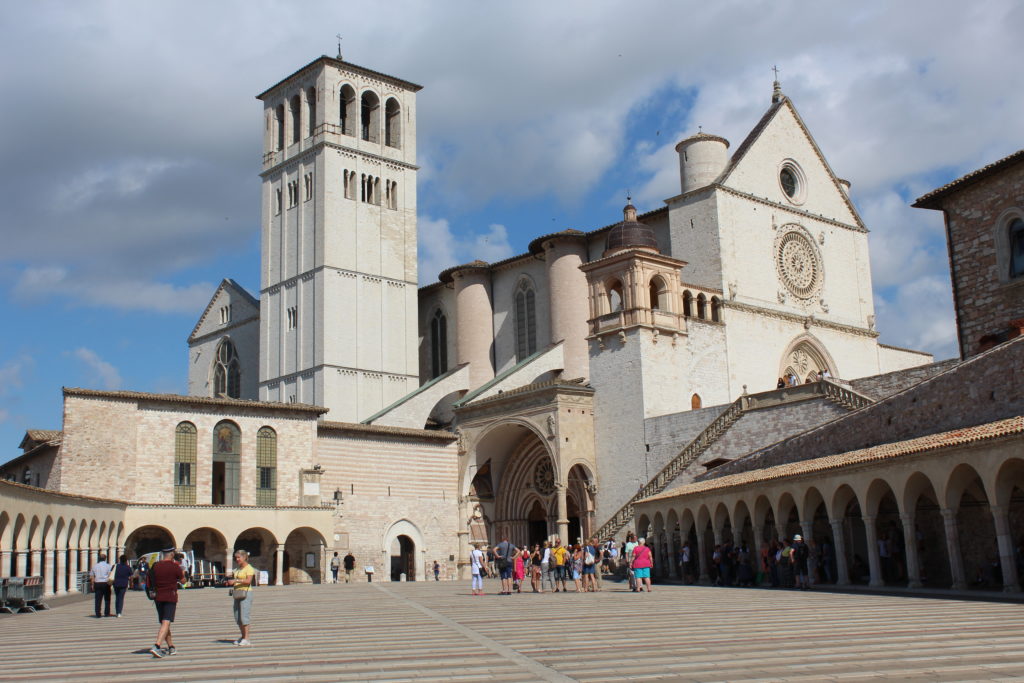 There is a large piazza in front of the Basilica, with a checkpoint and barricades. The military is out, checking bags and visitors. Recent terror attacks on tourists in Spain have prompted this. It’s the first time since the Second World War that the Italian Army has been out on the streets.

Upon enquiry at the entrance of the Basilica, we are directed to the Pilgrims’ office. I’m a little surprised at being greeted by a Franciscan brother who is a Korean young man. His warmth is very touching.

He takes our details: where we’re from and what route we have taken. He informs us that there is a pilgrims’ mass that evening at 18:00 in the Chapel of St Catherine. I tell him that I’m not Roman Catholic. He smiles and tells me it doesn’t matter. I am welcome to attend, and we’ll be welcomed as pilgrims. The brother stamps our pilgrim credentials and issues us with our Testimonium certificates.

Inside the Basilica di San Francesco

We decide to visit the Basilica. Niels and I wander to the entrance and confirm where St Catherine’s chapel is. Inside there is a throng of people – almost as many as in the museums of Florence. The atmosphere is one of respectful whispering

They have much stricter rules about photography in the Basilica. Photos may be forbidden, but I would still love to take photos. I put my camera away. Many people are carrying their mobile phones in their hands. Some of them make no attempt at hiding the fact that they are snapping pics. There are the ubiquitous selfies. I take out my mobile phone switch it to silent mode. After a few attempts, I just know I’ll be disappointed with these pics.

St Francis’ robe and slippers are on display. The robe looks very comfortable. There is a lot of room for cooling in the summer, or additional clothes underneath to ward off winter’s icy chills.

We wander into the lower level and find the tomb of St Francis. The first thing that strikes me is the sight of four kids between 18 – 22, kneeling next to the tomb with their right hand resting on it. They are so intensely engaged in prayer that I can feel a sense of near desperation as I walk past them. There are a few others close to St Francis’ tomb – some standing, some kneeling. I don’t pick up the same intensity from them.

Niels and I find a pew a bit removed from the tomb. We sit and soak in the atmosphere. This must be one of the quietest places in which we’ve been, especially considering the number of people. Whispers are hardly audible above the quiet shuffle of people. 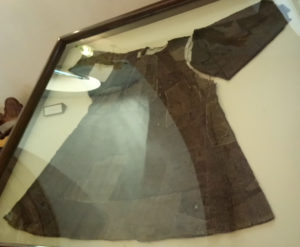